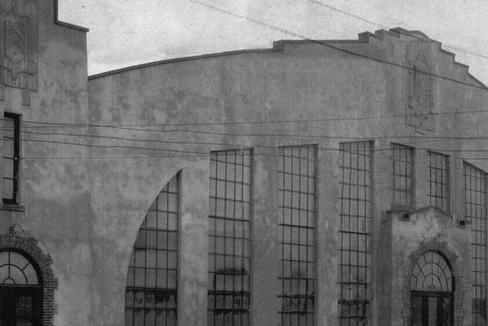 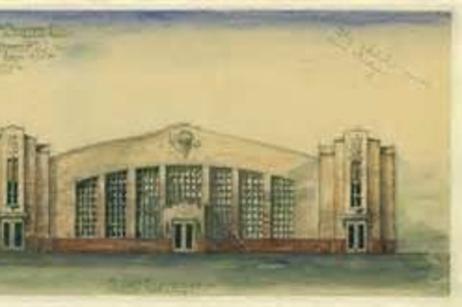 WHERE DREAMS BEGAN - THE FORUM ON FITZROY

A parking lot now stands where Prince Edward Island’s most famous arena once stood, on Fitzroy Street not far from Weymouth Street in the heart of Charlottetown. Where players once skated and fans off all ages gathered and cheered for six decades, is now a place for Holland College students and staff to park their car on their way to another day of class, most likely not even imagining that at one time the Charlottetown Forum stood proudly at this spot, overlooking houses, a corner store, a restaurant and a dairy on the next block. It was where hockey dreams began and where made and where memories were created and etched in history of the Island’s most favourite pastime.

The Forum opened on December 9, 1930, the same winter season as Maple Leaf Gardens began in Toronto and like the Gardens, the brand new arena would become a landmark for not only hockey but other sports including boxing and wrestling, concerts, political conventions and more.  It was one of only three artificial ice surface rinks in the Maritimes at the time. It also replaced older buildings, some of which were destroyed by fire or simply outgrew their usefulness. It also signaled the dawn of a great hockey era that continues right up to this day. Several generations of players and fans would grow up in the large brick building on Fitzroy over the next sixty years.

Unfortunately, the home town Abbies lost 3-2 to the Moncton Victorias on that opening night in the long distant past. The official attendance was a sellout, as 3,200 fans came to see the new ice palace in its inaugural.

Dr. I.J. Yeo was the first President of the Board of Directors of the Charlottetown Forum, Limited, located at 229 Fitzroy Street.  Dr. Yeo, a former Mayor of Charlottetown, offered a message to sports fans in the Official Program, “Forum News”:

“Erected by the citizens and operated as a community enterprise the Forum is filling a real need in Charlottetown. Courage and optimism were outstanding qualities were outstanding qualities in the hearts of scores of leading citizens which led to the construction and equipment of this modern ice-palace. Not only does it cater to our national pastime in the winter season but its usefulness has been demonstrated in many other fields of endeavour.”

The Directors in that first year included several local businessmen including Colonel Dan MacKinnon, a prominent athlete between 1897 and 1899 (who once held the record for the mile run in the Maritimes), a standard bred horse owner, a businessman with McLure & McKinnon Silver Fox Farms and Commander of the 36th Battery in the Canadian Army in World War I.

The Charlottetown Abegweit Hockey Team made its debut in the Northern Senior Hockey League that winter (made up mainly of New Brunswick teams), coached by Doug Hickieson, a Toronto native who had squad that included some famous Island hockey names like Jack “Hurry” Kane, Walter Lawlor, Johnny “Snags” Squarebriggs, and Chick Williams. The Abegweits were the first team to travel by airplane on January 2, 1931 which was a 45 minute flight to Moncton where they grabbed a train to travel to Dalhousie in northern New Brunswick. The game was broadcast on Charlottetown radio station CHCK with Grant Gregory providing the play-by-play.  Dalhousie won the game, 3-0. It was one of the first games broadcast on radio, which began a new era for fans. The Abbies also lost two nights later in nearby Campbellton, 3-1 to complete their road trip. Fan interest was high that first season in the Forum and a special train trip was offered to fans in mid-January for a trip to Fredericton. The return fare was $4.40.

The Abbies played in a 24 game season that year that ran from December to February. Charlottetown finished with 12 wins, 9 losses and 3 ties and last in the South Division behind Moncton and Fredericton. The Dalhousie Rangers defeated the Moncton Hawks, 2-1 in a best of three final.  The Northern Senior League lasted just one season but it would be replaced by more exciting senior and junior hockey leagues in the future.

The Forum’s great history was about to be written, one season at a time.

The arena was constructed just as the Great Depression was beginning.  Money was scarce for most people in those days but many found a way to save a few dollars for entertainment, especially following the local hockey team. The Forum provided an outlet for folks to spend some time cheering on the Abbies and other teams that played in the building.

Johnny Squarebriggs, who would become one of the early stars on the era, says hockey was also a way out to a better life during those tough times. He was good enough to be signed by the minor pro Baltimore Orioles. Others would follow over the years.  Island hockey players were skilled, determined and had a hard work ethic which would please most coaches. The pay wasn’t that great in the minor pros but it was a chance to get a shot at something better, such as the National Hockey League.

Charlottetown would be home to some outstanding junior teams in the Thirties. The Junior Royals were soon on the horizon and the junior brand of hockey had its beginning during the decade. The Royals won the Maritime Big Four championship in 1933-34. In 1938-39 they were crowned champs, again.  That Charlottetown team had future stars Buck Whitlock and Bucko Trainor in the line-up.

The Forum also became home to many professional and amateur boxing matches,  plus circuses, concerts and a place for political conventions. The most famous professional boxer to fight in the arena would have been Yvon Durelle from Baie Ste Anne, New Brunwick, who prominent in the late 40’s to early 60’s.  He fought Charlottetown’s Cobey McCluskey twice in eight months at the Forum. Durelle, “The Fighting Fishermen” lost in 12 rounds to McCluskey in October, 1950, but won with a no contest ruling in June, the next year. Durelle would lose by a knockout in 11 rounds to Archie Moore in the World Light Heavyweight Championship in Montreal in December, 1958.  Moore would also beat him by a knockout in August, 1959 in a rematch in Montreal.   He no doubt had many Prince Edward Islanders in his corner, cheering him on, in those infamous battles. Many would say they saw him early in his career at the Charlottetown Forum.

The 50’s also produced some great senior hockey on the Island with the Big Four the main attraction. Also, the coming of some future prospects in Forbes Kennedy and Angus Carroll and late in the decade, Bill MacMillan.

The hay day of the arena on Fitzroy was just about to take place.