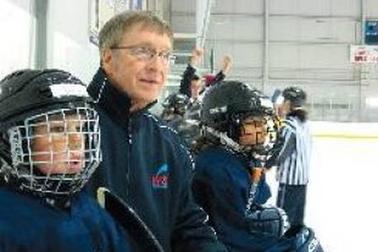 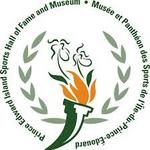 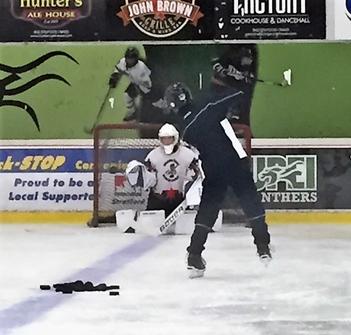 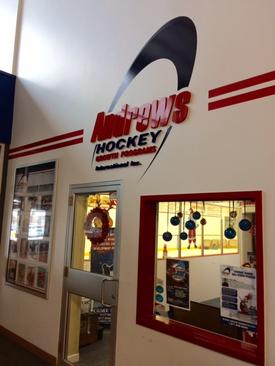 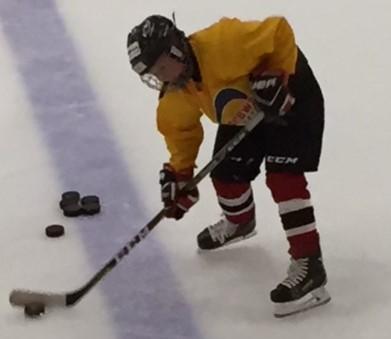 Andrews Hockey Growth is one of the best hockey skills development schools in Atlantic Canada. It’s more than just a hockey school which began in 1979 as a pilot project that included thirty youngsters. Located in the Bell Aliant Centre on the University of Prince Edward Island campus in Charlottetown, Andrews now caters to over 2,500 players each summer from all over North America, Europe, Asia and beyond into its 40th year. It serves players who are just starting out in the sport to seasoned professionals.  Andrews Hockey Growth Programs has become a Sports Science Research & Camp; Training Centre as the sign outside the main office states in red, white and blue. Its programs run year round and can be found in provinces and countries outside of Prince Edward Island. Andrews offers training to those in hockey and now ringette, another popular ice sport that has grown extensively in the last number of years. The man who stands tall behind it all is a former university hockey player who is not only interested in his clients, whether young or older, becoming better athletes, but also the best kind of person they can be in life. In other words – working on developing the person as a whole being. “Our number one philosophy at Andrews Hockey Growth is that everyone can do something great with their lives,” says Allan Andrews, the founder, and patriarch of the company. “We emphasize that you can achieve through personal development, reading and of course through hockey.”

More Than Just a Hockey School

On any tour of the facility located just left of the main doors at the Bell Aliant Centre, Allan will show you framed photos of many of the professional, top junior and Olympic athletes the school has catered to over the years. Allan shows off the photos like a proud father, and it’s not to boast about who has come to the school but to show his deep appreciation of athletes who have strived to do their best and to exceed not only as players but as people. You will find two framed Pittsburgh Penguins jerseys signed by #87 Sidney Crosby, once a regular at Andrews in the summer. There are countless other pictures of both male and female hockey stars. Some of the prominent people who have been involved in the summer programs include Crosby, Nathan MacKinnon, and Brad Marchand, all from Nova Scotia. “Each one of them has a story to share and has made a commitment to becoming better each day at their craft,” says the Hockey Professor. Often they come to the school in the summer to work on one particular part of their game and to keep in shape. Learning about good nutrition and leadership skills is also part of the program.

Crosby is one of the players who learned about leadership through the program. In a testimonial on the program Crosby stated, “I went to the Hockey School since I was 5 years old and learned skills and technique on the ice and important qualities and values off of it. The staff took pride in being good role models. It was such a great opportunity to learn important qualities, not just hockey related, but things that are important in life in general.”

The hockey schools offer off-ice fitness training, nutrition classes, along with leadership development. “We are concerned about building better citizens,” comments Andrews. “Many players have come, and gone and I’ve noticed how well-spoken they’ve become.” One player from a few years back who found out there was more to life than just hockey was Brent MacLellan who was a Major Junior player for the Rimouski Oceanic and the PEI Rocket who didn’t make it as a player. He became a medical doctor after spending a few summers as an instructor at Andrews. That makes Allan quite proud; it’s not just the top pros and amateurs who benefit. They lend a hand in helping nurture young players starting from the Tots program for kids 4 to 6 who can advance higher as they get older.

Young athletes are taught the basics including skating, shooting, stick handling, defense, and other skills that develop as a player gets older. Allan believes young athletes generally decide on what sport they want to specialize in by their early teens. “At about 12 to 14 many kids have decided what they want to do. If it’s hockey they want to pursue, they know there is a price to pay and that comes with practice, conditioning and working on their game,” he says. There were 2,561 participants who took part in the camps in 2017. Some were from as far away as Taiwan, Japan, Qatar, Saudi Arabia, and Bermuda. Graduates have come from 20 different countries, and that number continues to grow. Andrews Hockey Growth has 100 employees on average each year including 80 seasonal and 20 full-time. Directors include Josh Andrews, Brad MacKenzie, Colin Webster, Paul Drew, Jason Malone, Ben MacDonald, and Owen MacWilliams. There are satellite programs and camps held in other locations such as Switzerland, Norway, Newfoundland, other Maritime cities and Iqaluit in Canada’s north. 80% of the players who take part are from off-Island with their average stay about eight days and nights which helps Island tourism.

Both male and female players have benefitted from attending camps and programs.  That includes about a half dozen women who have made national teams and participated in the Olympics.

Andrews also holds five major hockey tournaments annually. The Atlantic Showcase in 2018 featured 282 male players and 91 female players from 12 countries (Canada, USA, Switzerland, Slovenia, Croatia, England, Norway, Russia, Sweden, Italy, Japan, and China). The Showcase is for players, male and female in Pee Wee, Bantam/Midget, and Junior; it also offers a separate goalie program. To help young players hone their skills or learn new ones individual sessions can be arranged where a coach would work with a player in a one-on-one atmosphere on the synthetic ice located at the school. It’s another way to help a player achieve their personal best. Technology is also an essential part of developing players today and not necessarily by just using analytics which has become the norm for hockey scouts and player personnel people. Andrews is very much in tune with using technology to help further develop athletes. IPads and laptops have become a part of the game along with video. The human aspect is still most important as well as developing good people and watching them strive for excellence at Andrews; plus having fun developing skills in a great game.

Andrews Hockey Growth Programs recently released a new program that is an extension of their world-renowned Personal Growth and Hockey Development programs. The New Andrews Sports Institute (ASI) started last year with a pilot group of 25 students who met three times a week for on-ice and classroom sessions. The pilot group saw tremendous development in their on-ice hockey skill, public speaking, literature skills and developed entrepreneurial skills that will stick with them throughout their life.

Andrews Sports Institute has expanded this year by providing this development remotely to students all over the world in places as far as Thailand, Saudi Arabia, Chicago, and Yellowknife to name a few. ASI is also happy to continue their after-school programs across the Island in areas such as Charlottetown, Pownal, and Georgetown.

The ASI Program is designed to challenge students to thrive in both athletics and academics through its focus in 4 key modules - Hockey Development, Reading, Entrepreneurship, and Leadership! This comprehensive development program allows for student-athletes to develop in their sport while learning the qualities to be a good leader with strong character.

Allan Andrews was inducted into the Junior Achievement PEI Business Hall of Fame located in Charlottetown in 2012. On accepting his induction into the Hall he spoke of the program as not just about being a business but preparing youngsters for the future in hockey and life. Andrews is committed to seeing young players become all they can be in the world. It is amazing to see how many have improved their skills and went on to good things in not only hockey or ringette and have become leaders.

In December, 2020 Allan Andrews was voted into the PEI Sports Hall of Fame. 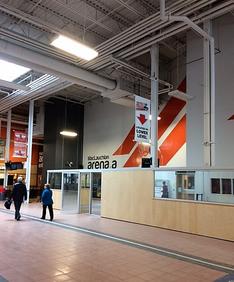 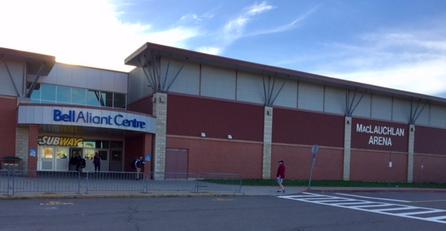 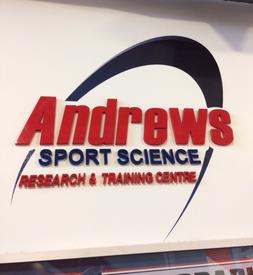 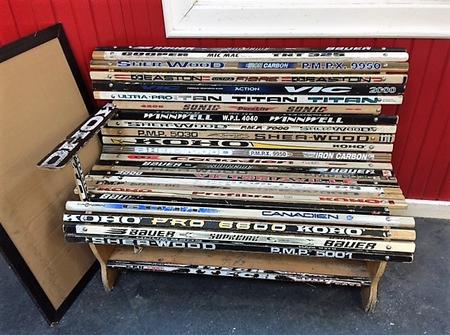 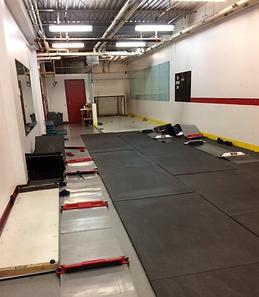 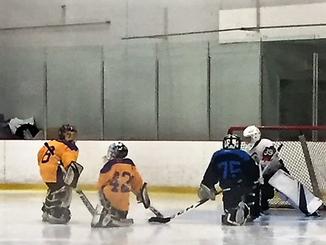 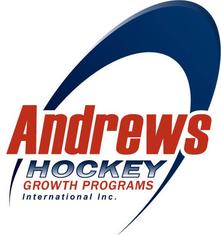 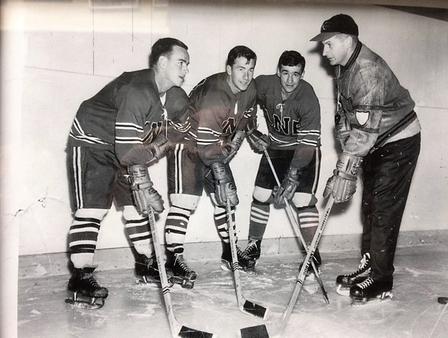 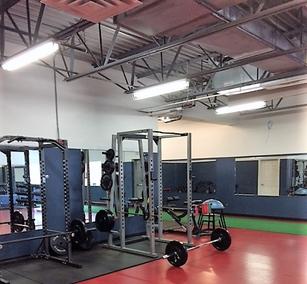 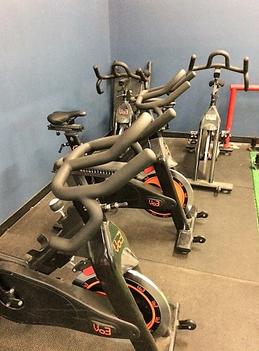 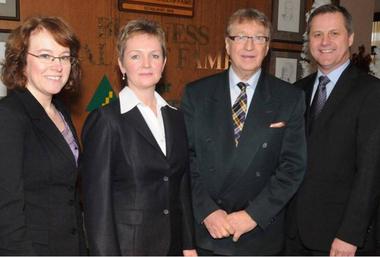 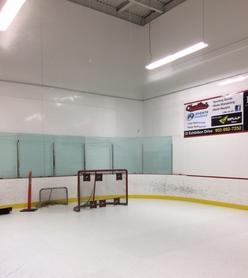 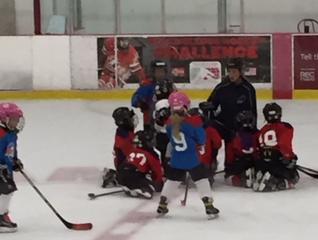 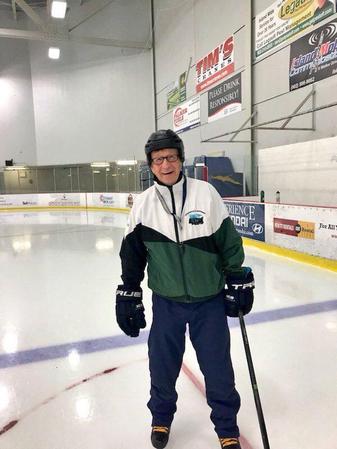 Andrews played with UNB in Fredericton in the mid 1960's 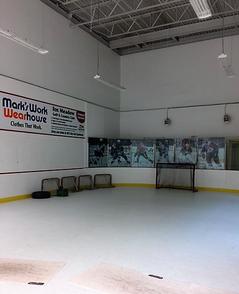 The famous bench made of old hockey sticks