The Summerside Western Capitals coached by Billy McGuigan had a great regular season but were upset in the North Division finals in the Maritime Junior Hockey League losing to the Campbellton Tigers 4-2 in the best of seven series. Credit goalie Tristan Gray for winning that set with three shutouts and he even missed a game due to a suspension. The Caps had finished 14 points ahead of the Tigers during the season with a 40-8-2 record which was the best mark in the MHL.  Brodie MacArthur led the league with 43 goals, 67 assists and 110 points for the Capitals. 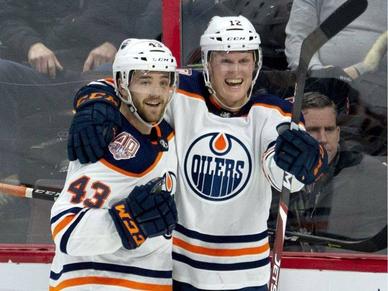 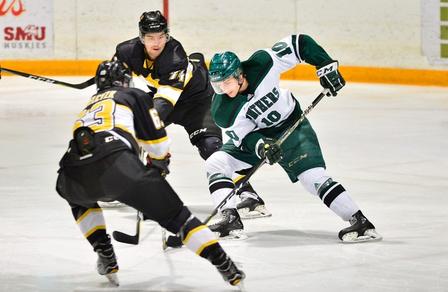 January 7, 2019 marked the 129th year that organized hockey had been played on Prince Edward Island dating back to the first game played in Charlottetown at the outdoor Hillsborough Rink in early January, 1890 between a pair of teams from the Hillsborough Club. That game ended in an 8-8 tie. There have been literally thousands of games played on the Island since that first contest. Many stars and greats have been born out of that inaugural game that began PEI’s love affair with hockey.

2018-19 saw two Islanders make their NHL debuts - Josh Currie (Charlottetown) with the Edmonton Oilers and Zack MacEwen (Stratford) with the Vancouver Canucks. They became the 37th and 38th players born or raised on PEI to play in the NHL. Currie became the 24th Islander to score a goal in the National League since Ivan “Hickey” Nicholson with the Chicago Black Hawks in February, 1938 tallied the first goal. Island born or raised players have scored 2175 goals since then. Rick Vaive is the all-time leader with 441 followed by Brad Richards with 298 and Al MacAdam who scored 240 times.

Currie played in his first big league game just 8 days after MacEwen laced up the skates for the first time in the NHL. Currie made his debut on February 19, 2019 in a 3-2 shootout loss to the visiting Phoenix Coyotes in Edmonton. His first goal came on Saturday, February 23 scoring at the 16 minute mark of the first period in a 2-1 edging of Anaheim at home.

MacEwen got an assist in his first game with Vancouver on February 11 in a 7-2 loss to the San Jose Sharks. He got the call up after picking up 42 points in 49 games for the Utica Sharks in the AHL. He and Currie were two of four players from PEI to play in the NHL in 2019. The others were veteran Adam McQuaid with the NY Rangers and Columbus Blue Jackets and Ross Johnston with the NY Islanders. 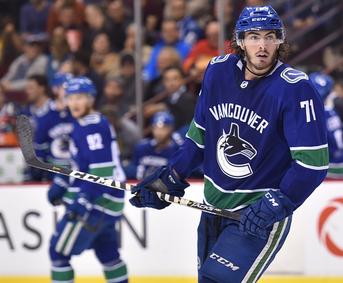 Summerside native Noah Dobson, drafted by the New York Islander in 2018, won his second straight Memorial Cup championship with the Rouyn-Noranda Huskies who beat the host Halifax Mooseheads, 4-2 on May 26th. The championship game for Canada’s Major Junior title featured 13 Maritime born players including Dobson who had 24 goals, 44 assists for 68 points in 56 games on defense for Acadie-Bathurst and Rouyn. He split the season between Acadie-Bathurst and Rouyn going in a trade in January. He played 28 games for each city. The Huskies also won the Q’s President’s Cup in six games over Halifax. Dobson had two assists in the final game in that series which was 4-0 shutout over the Mooseheads.

ISLANDERS IN TOP 10 IN Q 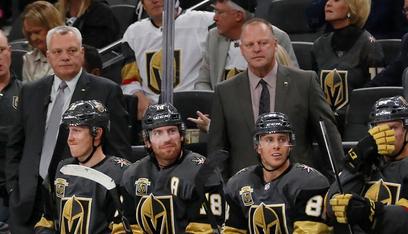 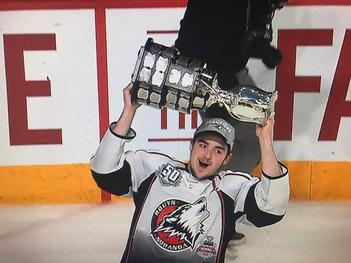 PEI PUCKS FACT : Prince Edward Island born or raised players have scored 2175 regular season goals (through 2019) since Hickey Nicholson scored the first for the Chicago Black Hawks in 1938. Rick Vaive leads the way with 441 followed by Brad Richards with 298 and Alan MacAdam with 241.

The 32-year old McQuaid was traded twice in 2018-19 moving from the Boston Bruins where he was a mainstay on defense since 2010 to the New York Rangers then to the Columbus Blue Jackets at the trade deadline. The Cornwall, PEI native was originally drafted by Columbus in the second round in 2005. Injuries limited him to 50 games (36 with the Rangers and 14 with the Blue Jackets) during the season he had 3 goals, 4 assists and 7 points and 42 minutes in penalties. He did not suit up in the playoffs as Columbus shocked the Tampa Bay Lightning with a first round sweep of the NHL’s best regular season team and was not available in the second round against his old team as Boston eliminated the Jackets.

Johnston played in 17 games with the Islanders at left wing and got his first NHL goal while adding three assists and 23 minutes in penalties.

The Gallant brothers, Alex and Brett from Summerside spent their winters in the American Hockey League. The elder Gallant, Brett, had 2 goals and 2 assists for the Cleveland Monsters playing in 38 games with 65 minutes in penalties.  Baby brother Alex played 47 games with the Chicago Wolves and had a goal and assist and 102 penalty minutes.  He also helped the Wolves to the AHL Calder Cup finals as the bowed out in five games to the Charlotte Checkers.

The Las Vegas Golden Knights finished third in their second season after a magical first year in the NHL. The Knights under Island coaches Gerard Gallant and Mike Kelly were 43-32-7 in the Pacific Division and lost in seven games in the first round of the Stanley Cup playoffs to the San Jose Sharks who won the division. 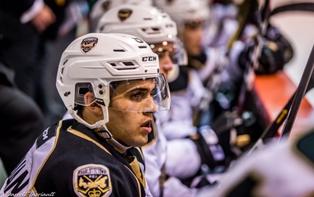 The Charlottetown Islanders enjoyed a good season in the QMJHL finishing sixth overall with a 40-21-7 record but lost out to Cape Breton in the first round of the playoffs in six games. The Screaming Eagles won the clincher, 4-3 in overtime. Daniel Hardie led the Islanders with 34 goals, 44 assists and 78 points.

The Islanders had the 31st and 32nd picks in the Q Draft in June in Quebec City and selected goaltender Jacob Goobie of the Halifax Macs in Nova Scotia Midget AAA and centre Justin Gill of the St-Eustache Vikings in Quebec Midget AAA. They had 14 picks in total and drafted three Island players in the later rounds taking centre Alex Graham and Matt McQuaid of Charlottetown and forward Max Chisholm of Summerside.

The highest drafted PEI player was defenseman Zach Biggar of the Kensington Wild who was the fifth pick of the Acadie-Bathurst Titan and 27th overall in the first round.

NOAH LIKES THEM IN TWO'S

The UPEI men’s Panthers finished at 15-14-3 in the AUS under Head Coach Forbie MacPherson, led by Kameron Keilly who was third in conference scoring with 15 goals, 28 assists for 43 points. He was named UPEI’s Male Athlete of the Year. The Panthers won the quarter-finals over the University of Monton Aigles Blue with a two game sweep (winning 3-2 in overtime and 4-0) but were swept by the eventual U Sport national champion UNB Reds in the semi-finals. The Reds won the final game, 5-0 under Head Coach Gardiner MacDougall.

The UPEI women’s Panthers hosted the U Sport championship at the MacLauchlan Arena in Charlottetown.  UPEI finished the regular season in the AUS at 14-13-1 under Head Coach Bruce Donaldson. They were led in scoring by Rachel Colle with 10 goals, 10 assists and 20 points.