Pat McIver recorded his 300th career win as General Manager of the Summerside Western Capitals in the Maritime Junior Hockey League on Sunday, November 17, 2019 as the Caps won 5-4 in a shootout in Edmundston over the Blizzard. McIver took over as GM in the 2010-11 season. The Kinkora native helped shape competitive teams starting in his first year. He’s also a franchise owner of the Kensington Vipers in the Island Jr. Hockey League (Jr. B).

Retired NHL veteran Rick Vaive was named to the Quebec Major Jr. Hockey League in November along with Simon Gamache, Clement Jodoin, Roberto Luongo and Stephane Robidas. Vaive set a franchise rookie record for the Sherbrooke Castors in 1976-77 with 51 goals and 110 points and added 23 points in 18 games in the playoffs. Sherbrooke won the President’s Cup in the spring of 1977.  His second season with Shedrbrooke was dynamic. He scored 76 goals and had 155 points playing on a line with Sylvain Lucas (80 goals) and Ron Carter (88 goals). Nine of Vaive’s goals were scored shorthanded. He was invited to play for Canada in the World Junior Championships in 1978 and played with Wayne Gretzky as the Canadians won a bronze medal. Vaive and Gretzky jumped to the fledging WHA turning pro the next season. He had 145 goals and 300 points in 164 games in the Q along with 408 penalty minutes. A former member of the Charlottetown Colonels in PEI Jr. Hockey and Charlottetown Minor Hockey, Vaive will be inducted into the QMJHL Hall of Fame on April 8, 2020.

Stratford, PEI’s Zack MacEwen picked up his first point of the season after being recalled by the Vancouver Canucks in November in an 8-6 loss to Pittsburgh. That gives him 2 points in 8 games in his NHL career.

The Toronto Maple Leafs fired Mike Babcock as head coach in November after struggling through the first quarter of the 2019-20 season  and replaced him with Sheldon Keefe who has deep Island roots. His parents are Brian and Bertie Keefe from Tignish who moved to Brampton, Ontario where Sheldon was born. There are more than 100 relatives who live in the Tignish area including former UPEI Panthers Jordan Knox who is a cousin. Sheldon’s grandmothers Hilda Keefe and Theresa Arsenault live in the Tignish Seniors Home. His former teammates with Tampa Bay include Gordie Dwyer of Stratford and Brad Richards of Murray Harbour.  Keefe was the OHL Rookie of the Year with the Barrie Colts. He had great success as a coach with the Toronto Marlies in the AHL and is considered a player’s coach.  The 39-year old celebrated his first NHL win as a coach in a 3-1 victory in Arizona.

The 50th anniversary of the University of Prince Edward Island is being observed in 2019-20. The UPEI Sports Hall of Fame unveiled its 2019 inductees while also opening the Hall of Fame which is displayed on the wall of walking track above the Sports Centre  Panther soccer great Tessa Roche, football star Vernon Pahl and the 1984-85 Panthers men’s hockey teams are honoured as the 48th, 49th and 50th inductees into the UPEI Sports Hall of Fame. The ’84-85 men’s hockey Panthers won the university’s first AUAA conference championship under the guidance of head coach Vince Mulligan which was just the third Atlantic conference title for an Island university and the first since 1964-65 as the St. Dunstan’s Saints. 20 years later the Panthers reclaimed greatness setting a record with 14 straight wins and ranked #1 in Canada.  The Panthers defeated the Dalhousie Tigers in the semi-finals and won both games in the final against rival Moncton to take the AUAA championship. The second game was an overtime thriller where goalie Tony Haladuick stopped Moncton star Claude Vilgrain on a clear-cut breakaway and forced the extra period at a packed Charlottetown Forum. In overtime, grinder Bob MacDonald scored the winner to send UPEI to the national playoffs in Ottawa. The Panthers lost to the host Ottawa Gee Gees in the Eastern Canada playoffs  Haladuick, defensemen Rob Moffatt and Darwin McCutcheon plus Gravel were all named AUAA All-Stars. Gravel led the Panthers in scoring and Moffatt was named rookie-of-the year on UPEI. Halladuick was the team MVP. Gravel also became UPEI’s Male Athlete of the Year. The Panthers would go on to two more AUAA titles under Mulligan. The Panthers were 20-4 during the regular season.  Team members included Garth Arsenault, Norman Beck, John Butler, Ron Carragher, Don Clow, Doug Currie, Steve Fulton, Dave Reid, Greg Gravel, Tony Haladuick, Bob Hicks, Bob MacDonald, Darwin McCutcheon, Randy Muttart, John Pocock, Rob Moffatt, Dan Revell, Albert Roche, Gordie Roche, Kevin Skilliter, Jeff Steffen, and Todd Sutcliffe.  The coaching staff included Vince Mulligan and assistant Mike Ready. The training staff as led by Kevin McNeill and Paul Peacock.

The UPEI women’s hockey Panthers were ranked #5 in Canada with 13 wins in 16 games in the first half led by goalie Camille Scherger who recorded a record five shutouts as the team allowed just 20 goals against.  Scherger, a third year student from Lloydminster, Alberta, had a 1.21 goals against average and .951 save percentage. Her fifth shutout came over front running Saint Mary’s in a 4-0 win on November 17th.   Scherger improved to 11-3.

Charlottetown born goalie Ava Boutilier made 45 saves in the nets as the New Hampshire Wildcats beat Harvard, 3-1 in NCAA women’s hockey. She also recorded an assist on one of the Wildcats goals. Boutilier is a third year student who had a 2.06 goals against average after sixteen games and a .931 save percentage. She is a former Charottetown Abbies Bantam AAA goaltender.

Longtime radio broadcaster celebrated 50 years in radio on September 29, 2019. He has covered over 3,000 hockey games during that half century as a member of broadcast crews and as a reporter. Dave began his career in Newcastle, New Brunswick in the fall of 1969 and began covering the Northern New Brunswick Hockey League and later moved to Campbellton where he acted as colour man for Peter Maher on Campellton Tigers senior hockey broadcasts. Maher went on to Hall of Fame career as the play-by-play man for the Toronto Maple Leafs and Calgary Flames in the NHL. Holland also worked a few games over the years with former Columbus Blue Jackets voice George Matthews and has worked games in the AHL, NHL, international hockey, the QMJHL, Island Jr. “A”, Maritime Junior, New Brunswick Senior, the AUAA/AUS and minor hockey on PEI. He’s covered Allan Cup and Hardy Cup champions from PEI, numerous Centennial Cup/Royal Bank Cup playoff games and finals plus PEI and Maritime Junior playoffs over the years. 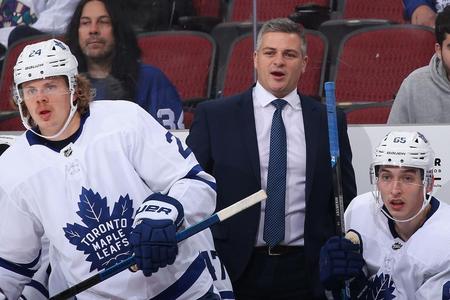 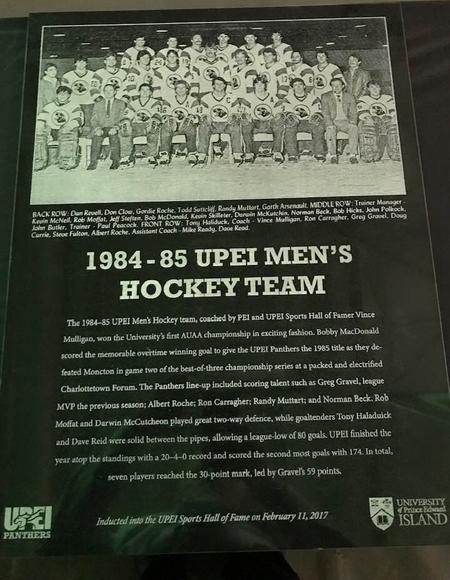 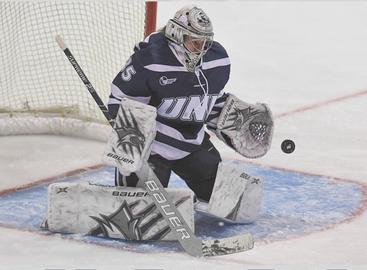 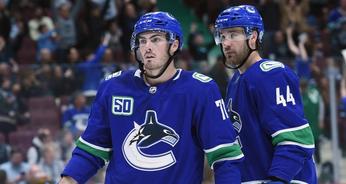 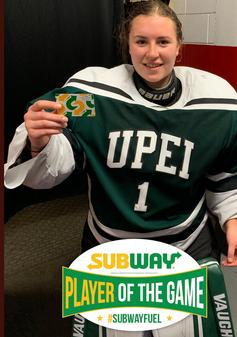 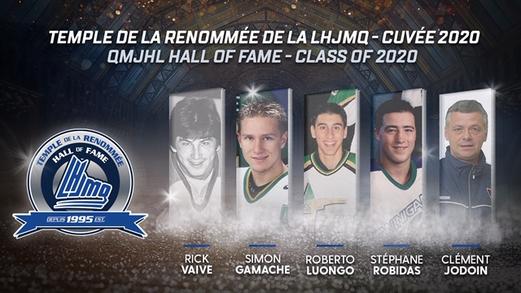 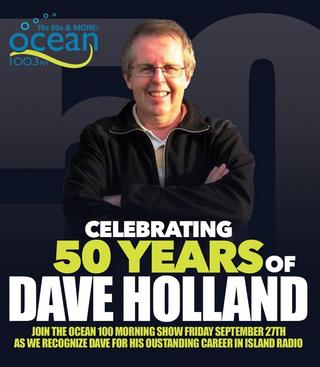 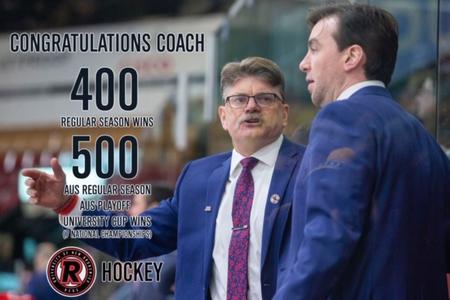 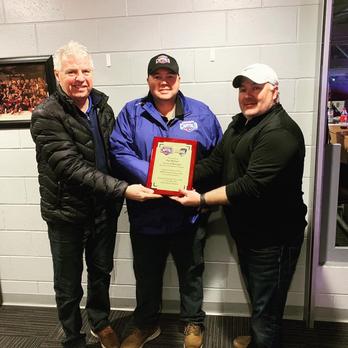