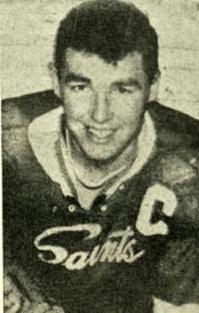 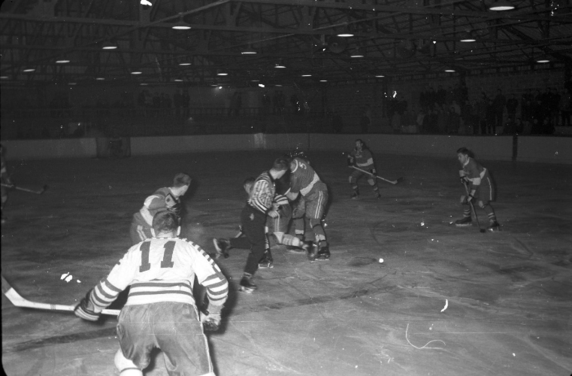 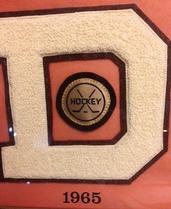 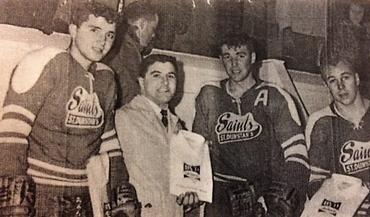 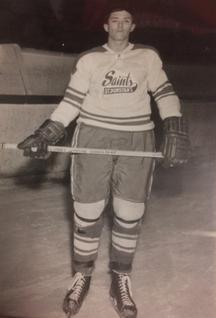 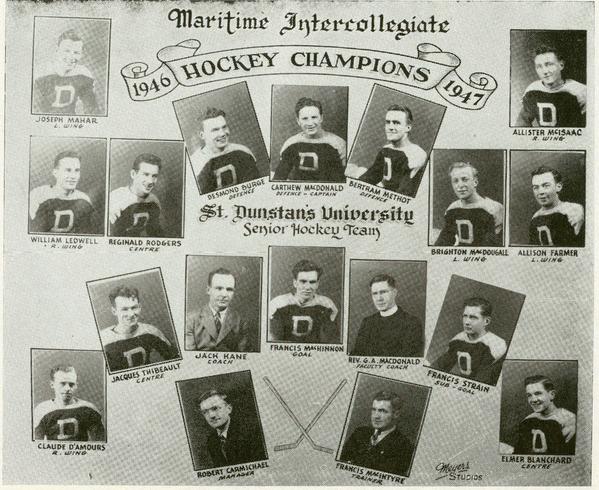 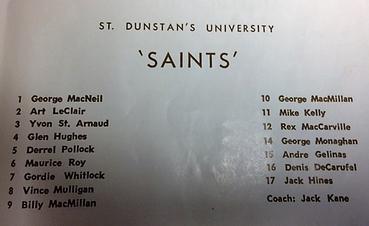 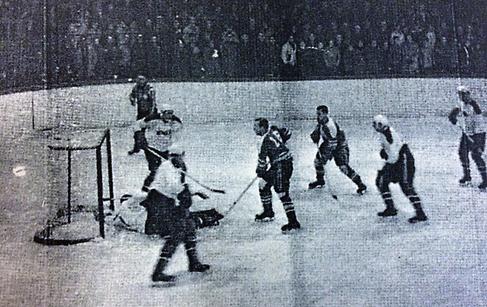 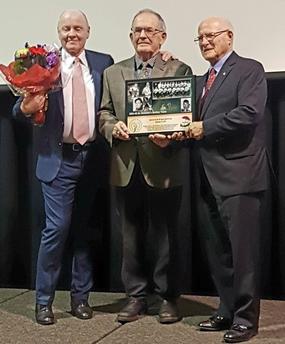 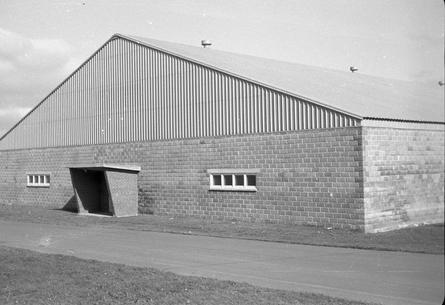 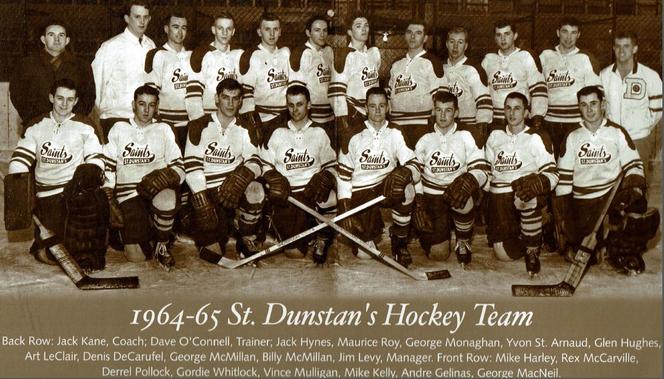 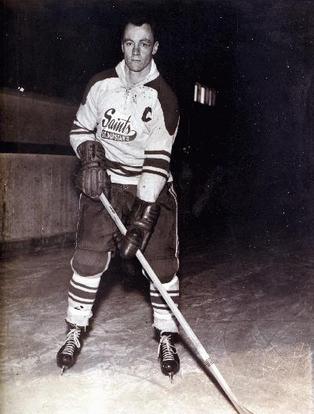 Coach Jack Kane gets congrats from 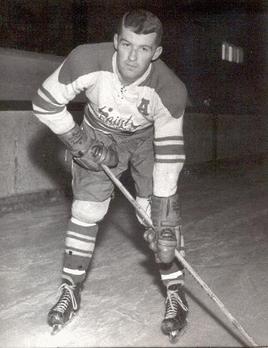 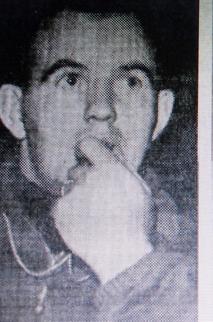 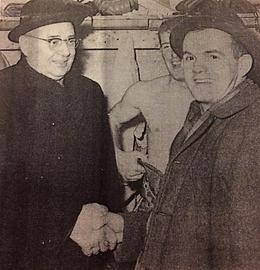 Saint Dunstan’s University was founded in 1855 in the city of Charlottetown, replacing St. Andrew’s College which was established in 1831.  SDU would last until 1969 when it merged with Prince of Wales College to become the University of Prince Edward Island in 1969.  Two Saint Dunstan’s hockey teams won Maritime Intercollegiate hockey titles. The 1947 and 1965 Saints. The campus also had its own artificial ice arena which would open in 1959 and would continue to be used until 2005 when the MacLauchlan Arena and CARI (Charlottetown Area Recreation Inc.) opened with twin rinks and a swimming facility.

Saint Dunstan’s, coached by Jack Kane Sr., captured the first Maritime Intercollegiate title ever won by an Island team with a heart stopping 8-6 victory over St. Francis Xavier at the Charlottetown Forum before 3,000 ecstatic fans. The date was March 12, 1947. The game was tied, 3-3 after a period of play and the Saints went ahead 6-3 in the second but St. F.X. made a game of it trailing by a goal, 7-6 in the third.  Joe Mahar had a big night for SDU scoring four times. Cart MacDonald was instrumental with his play making and Bert Methot was the star on defense. Goalie “Shorty” MacKinnon made enough saves to win the game in the nets.  Reg Rogers sealed the victory on a breakaway in the dying seconds.  His 10 foot shot caught the corner of the net and the Saints were champs.

One of the players on the Saints was Bill Ledwell who would go on to a fine journalistic career as a sports columnist with The Charlottetown Guardian and Patriot newspapers. “We were allowed to stay up late that night and go to class a little later the next day so we could celebrate,” said the happy Ledwell.

It would take almost another twenty years for the Saints to repeat a Maritime intercollegiate championship.

The St. Duntan’s Saints were a talented group of hockey players in the mid 1960’s.   The 1964-65 edition of the Saints was blessed with the arrival of Bill MacMillan, already an Island born star with the St. Michael’s Majors in the Ontario Hockey League.  The junior star returned home and led Saint Dunstan’s to their second and final title.  He led the Maritime conference in scoring with a record 22 goals and 41 points and just three years later he would be playing under Father David Bauer and winning a bronze medal for Canada in the 1968 Winter Olympics.  Following that he joined the Toronto Maple Leafs in the NHL. MacMillan was the Saints MVP.

There were several other star players on the Saints that season under coach Jack Kane Jr. Saint Dunstan’s went 10-1 to capture first place in the league standings and six points ahead of second place St. F.X.

Fans including priests on the campus would jam into the UPEI rink. Sometimes as many as 1,800 a night came to see the local heroes in action. There was no glass around boards in those days. Chicken wire was used to protect the crowds and keep the puck inside the ice surface.

Four members of the team would later become coaches with the UPEI Panthers in future years. Players Jack Hynes, Vince Mulligan, Bill MacMillan and Gordie Whitlock would all return as coaches. Jack Kane also continued on as coach when SDU became UPEI in 1969.

MacMillan and Mulligan made the first team all-stars in the Maritime Conference - Mulligan on defense and MacMillan on the forward line.

Whitlock was a second team forward and said “We had a good team that year with guys like Dick Tingley and we were winning a lot of games. When Billy MacMillan came we were really building toward something.”

Whitlock said the Saints were an eager bunch “Vincie (Mulligan) was our heart and soul guy and it was a good group.”

There were about eleven native Islanders on the team. One of them was Mike Kelly who would also make a name for himself as a standout baseball player. He was so good he received a tryout with the St. Louis Cardinals of the National League. An injury in training camp ended his aspirations.  Saint Dunstan’s began the season with a perfect 9-0 record but lost on the final weekend of the regular season to St. Thomas. A 6-5 win at St. F.X. in Antigonish, Nova Scotia clinched first place and the Maritimes conference. There were no playoffs and the Saints travelled to Winnipeg for the national championships.

Goalie George MacNeill was a standout, in a 3-1 come from behind effort against Sir George Williams of Montreal in the opening game. Whitlock, Kelly and MacMillan provided the SDU goals.   The Saints reached the finals against the host University of Manitoba which was a big team which cruised to a 9-2 victory after leading 6-0.

"The Kane’s never have paid attention to winning. It burns me more to remember the losses," Jack Kane, whose father coached the Saints to the ’47 championship, stated. "Having said, that it was a difficult chore just to get out of our own conference."

Kane says they played a short schedule during the regular season but also took part in a number of exhibition matches.

"They were a good group of people, great players. The kids came from Charlottetown and all parts of PEI plus New Brunswick and Quebec" said Kane.

Adding Billy MacMillan was a bonus at the start of the season.

"He arrived on campus putting a shot at the pros on hold. He decided to come home and he registered with the university which was good for us."

The UPEI rink located on the west end of the campus would last many more years but would not see another championship team until the mid-1980’s and by that time it was only a practice rink.  It was old and cold – perhaps the coldest arena in the Maritimes – but was home to the great team of 1964-65.

Several of the Saints gathered for the 50th anniversary of the Maritime Championship in the winter of 2015 with plenty of fond memories. The Saints were honored during a night of champions prior to the UPEI-St.F.X game on January 23, 2015 at the MacLauchlan Arena not far from where the old UPEI rink stood. Eight members of the Saints including Coach Kane, Vince Mulligan and Gordie Whitlock took part in the pre-game ceremonies along with Bev Kelly, widow of Mike Kelly. The Saints came marching in one more time.

In November, 2017 the team was inducted into the PEI Sports Hall of Fame,