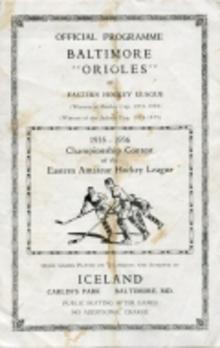 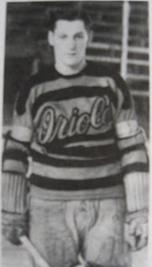 The onset of the Great Depression in the 1930's meant many a young man would have to stray away from his home to find employment. For a number of young Island hockey players the lure to join a pro or semi-pro team outside of the province was intriguing but also an option that was present.
John Squarebriggs was one of those gifted players who decided to give it a shot.
John Drake Squarebriggs was born in Charlottetown, November 6, 1910.   He was nicknamed "Snags"  because of his likeness to an American cartoon character.
Squarebriggs grew up playing hockey and baseball on local ponds and ball fields in Charlottetown but suffered from Bright's Disease (a broad term used to cover a wide range of kidney disorders). His illness made him so anemic, his mother had to take him out of West Kent School. One of his teachers was Lou Campbell, who was named the Island's "Athlete of the Half Century" by the PEI Sports Hall of Fame, up to 1950. It was Campbell who taught the young Squarebriggs the proper techniques in skating and playing hockey, as well as baseball. Both would become PEI Hall of Famers.

Snags soon caught on with the Charlottetown Junior Abbies as a 15 year old. It was about this time his life would be altered forever with the passing of his mother, who had brought him up and cared for him while he recovered from his childhood affliction. In 1926, at age16 he quit school for good and went to work as messenger boy for a downtown telegraph office. His skills as an outstanding hockey talent would be telegraphed around the Maritimes.
The Squarebriggs grew up in the Kent and Prince Street area in downtown Charlottetown. Johnny was born in a house on Kent St. and later lived out his life in a house just across the street. He also bought and took over a popular local eating and gathering spot called the "Mayfair Tearoom" during World War II.  "Johnny's Mayfair" was opened in May, 1942, just across from the Guardian Newspaper office and just around the corner from where he lived.

Prior to his venture as a businessman, John Squarebriggs became quite a hockey player.
He joined  the senior ranks and skated with the Charlottetown Senior Abbies, who won the 1928-29 Island Senior Championship over Summerside. Fan interest in that playoff run was so great that a group of local businessmen decided Charlottetown needed a new arena. It turned out to be the Forum, which opened its doors on Fitzroy Street in December, 1931.
"You could travel by train for only two dollars to Summerside and Charlottetown, " recalled Squarebriggs, "and the trains were usually packed with fans from all over the place. I think this is where hockey really grew up (on PEI). It kind of took off from being just another game."

The start of the Forum years is what led him to the pros.  Squarebriggs played with Charlottetown in the Big Six which also included Moncton, Fredericton, Bathurst, Dalhousie and Campbellton in New Brunswick. His team mates included Island greats like Jack Kane and Hickey Nicholson.
The Islanders became the first team in the region to travel by airplane. Snags was not a fan of air travel. "We had a game in Moncton on a Monday and had to leave on Sunday from the Upton Airport (located on the TransCanada Highway outside of Charlottetown where the Holiday Inn Express now stands). I remember it was a cold day and they had to use two flights to get us over - six players per trip. Hickey Nicholson, Walter Lawlor and I didn't like flying so much. We all got sick!"

A scout named Gordie Waite had seen Squarebriggs play in the Maritime senior circuit and suggested he try out for the Eastern Amateur League in the United States. Johnny decided to give it a try and borrowed $35 from his uncle, so he could get to New York City.  There he stayed with his sister who lived in the area and joined the Bronx Tigers for a few games in 1934.  He was only filling in for a couple of injured players and soon had to head back home where he completed the season with the Abbies.  The Big Six league broke up, soon after several incidents involving ineligible players.  The Charlottetown team was broken down to little more than just a pick-up squad but still managed to force Halifax to a tough six game Atlantic final in the Allan Cup playoffs. Halifax won the Canadian Senior Championship that year.

Destiny came calling again for Johnny Squarebriggs, soon after. "A fellow named Denver Dan (his real name was Lloyd Matheson) lured a dozen Island boys  down to a new team in Denver, Colorado," said Squarebriggs. "I didn't go but some of my team mates did. Murray Carmichael, Chebby Acorn and Tick Williams were among them."  Instead, he got  a call from his old general manager in the Bronx, who taken over a new team called the Balitmore Orioles. Squarebriggs left again for the U.S. and wore #7 for the Orioles. He had nine goals and nine assists in 37 games that year. The Orioles fiinished last in 1935-36 with a 9-29-2 record in a 40 game schedule in the Eastern Hockey League. He'd play three more seasons in Maryland, accounting for 18 goals for each of the next two seasons and a career high 32 in 1938-39 in 53 games and picked up 59 points. The Eastern League was rough but Johnny only had 18 minutes in penalities in his four seasons.
Longtime friend  J. T. "Mickey" Place (who became a fixture at the University Of Prince Edward Island as a supporter of the athletic program) recounts how Squarebriggs was used on a regular shift, the power play and killed penalties. "He was an agile skater," Place remembered. "He was one of the best players on the ice. An unselfish fellow." That was quite unusual for a team that offered five dollars a goal, but later added $2.50 for an assist to get away from the "puck hogs".
One of Johnny's favorite  targets, when he opted to try to score, was a goaltender named Frank Brimsek, who later became known as "Mr. Zero" with the Boston Bruins for all the shutouts he amassed in the NHL.

Squarebriggs returned to Maritime Senior Hockey in 1939 and played for Glace Bay, later becoming a player/coach.  He moved to North Sydney in 1942 and turned his attention to full-time coaching after the war.  One of his young players in the late Forties was an upcoming NHLer named Forbes Kennedy.
It was also in 1942 Squarebriggs tried out curling and went to play in twelve Briers (the Canadian Men's Curling Championship) and won three national seniors titles for PEI with skip Dr. Wen MacDonald (1971, 75 and 76).  He was inducted into the PEI Sports Hall of Fame in October, 2005, 13 years after his death in May, 1992 at the age of 81. He and his wife Ino (who died in 1982) raised four children and had 10 grandchildren and one great grandchild.  Snags played at least one round of golf up a week in the summer until the age of 80.
Johnny Squarebriggs love affair with sports was a lifelong venture. He never played in the NHL but he was pioneer who inspired many more young Islanders to go as far as they could in hockey. 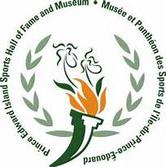