Al MacAdam was inducted into the PEI Sports Hall of Fame in June, 1990

Al MacAdam always wore #25 during his NHL days. He was called "Mr. Clutch" and respected by all his team mates and opponents. Bobby Smith, who's career blossomed while playing with MacAdam in Minnesota called him "one of my most favourite people in the world".

MacAdam had two particular standout seasons first with California in 1975-76 playing on the the 3M Line with Denis Maruk at centre and Bob Murdock on the other wing. He scored 32 times and had 63 points, He also scored five game winning goals and became the first California Seal to play in the NHL All-Star Game in January, 1976.

The 1979-80 season with Minnesota  would prove to be even more outstanding for the Morell native who played on a line with Bobby Smith and Steve Payne. He scored 42 goals and added 51 assists for a career high 93 points. He was also a plus 36 in the plus/minus category .

In the playoffs MacAdam scored the overtime clincher that put the Toronto Maple Leafs out in the fifth and deciding game of the preliminary series.  He also ended the Montreal Canadiens bid for a fifth straight Stanley Cup as he scored the winner in Game 7 of the Quarter-finals that advanced the North Stars.

Celebrating the career of Al MacAdam who played in the NHL from 1974 to 1985. (Click on the first photo to begin the slide show) 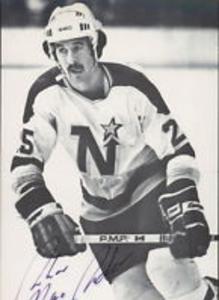 Al MacAdam is one of just a handful of NHL pros who has come through the Canadian university system. MacAdam played at the University of Prince Edward Island. Other Panther grads to make the leap include Dave Cameron, Joel Ward, and Doug MacLean (coach & GM).  Al's son John also played for UPEI in the 2000's. True to his word Al completed his Bachelor of Arts degree at  UPEI upon finishing his NHL career. 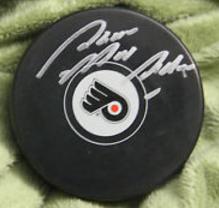 Reginald Alan MacAdam was born on March 16, 1952 in Charlottetown and raised in Morell, PEI where his hockey skills developed him into one of the top prospects on the Island. MacAdam joined the Charlottetown Junior Islanders for a pair of runs at the Centennial Cup in the early 1970’s and he became a member of the UPEI Panthers before being drafted by the Philadelphia Flyers. The 6 foot 175 pound left winger was a star for the Islanders. He scored 23 goals and added 38 assists for 61 points in his rookie year in 1969-70 under Head Coach Jack Hynes.  That spring the Islanders took a serious run at the Centennial Cup Junior championship but were eliminated by Guy Lafleur and the Quebec Remparts in likely the most famous playoff series in Island Junior hockey history. That was in the Eastern Semi-finals.

A year later he produced 19 goals, 27 assists for 56 points as the Islanders made it to the Centennial Cup in final in 1970-71 by defeating Moncton, Thunder Bay, and the Detroit Jr. Red Wings before going down in six games to the Red Deer Rustlers in the national final.

MacAdam had a chance to join the Hamilton Red Wings coached by Harry Neale in the OHA, a team that included future NHL players like Bob Neely and goalie Mike Veisor but opted to play with UPEI where he scored an amazing 32 goals and added 21 assists for 53 points in only 26 games in 1971-72.  MacAdam was picked up by the Islanders in their Centennial Cup playoff run where he had 15 goals, 21 assists for 36 points in just 11 games.   The Islanders beat the Moncton Beavers but lost to Guelph in the Eastern finals.

The Morell forward was drafted in the fourth round, 55th overall by the Philadelphia Flyers in the 1972 NHL amateur draft.  He joined the Richmond Robins of the AHL for the 1972-73 and 1973-74 seasons before being called up for five regular season games and one playoff game for the Flyers.  Philadelphia’s Broad Street Bullies won their first Stanley Cup that season. MacAdam received his first and only Stanley Cup ring. In the off season he was traded to the California Golden Seals along with Larry Wright and the Flyers first round draft choice (Larry Chipperfield) for sniper Reggie Leach who would score 45 goals for Philly in 1974-75.  The deal was made on May 24, 1974.

MacAdam moved to the west coast for his rookie season where he scored 18 times and added 25 assists for 43 points. He went on for an 11 year NHL career missing only 21 games. He played in all 80 games seven times during his career.   After two seasons in Oakland the Seals eventually moved to Cleveland and later in a merger they became the new look Minnesota North Stars. MacAdam was Captain of the Barons in 1977-78.  MacAdam had his best season 1979-80 with the North Stars scoring a team high 42 goals and 93 points. He also led Minnesota with 7 goals and 16 points in the playoffs as the Stars who lost out to his former club, Philadelphia in the semi-finals.   A year later the North Stars reached the finals but lost to the dynasty New York Islanders in five games.  MacAdam had 9 goals and 19 points in that post season run.

Al MacAdam won the Masterton Trophy for perseverance in 1979-80.  He played in two NHL All-Star games in 1976 with California and 1977 with Cleveland.  He was inducted into the PEI Sports Hall of Fame in June, 1990.   A coaching career followed his playing days which ended in the NHL with the Vancouver Canucks in 1985 at age 33. He did get into 11 games with the Fredericton Express in the AHL in 1985-86.  He became an assistant coach with the Chicago Blackhawks and later a head coach with Saint John’s Maple Leafs in the AHL and a head coach with the St. Thomas Tommies in the AUAA in the late 1980’s.  MacAdam’s NHL career would continue as an amateur scout for the Buffalo Sabres in later years.

As a player he was tough and disciplined. Not many wanted to take him on in a fight. He was a southpaw and seldom lost a bout. The mild mannered MacAdam was also one of the fastest players on all the teams he played for over his career. Al MacAdam was also a thinking man who would often pause after a question during a media interview and give the most thoughtful answer possible.

In 1977 MacAdam played for Team Canada in the World Hockey Championship in Vienna and again in 1979 in Moscow alongside Minnesota team-mates Steve Payne and Bobby Smith.

His NHL career totals are 240 goals, 351 assists and 591 points in 894 games. Each summer Al and his family would come back to PEI to spend a couple of months at Lakeside and its white sandy beach. After all there is no place like home on PEI. 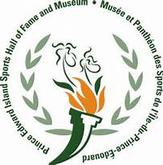