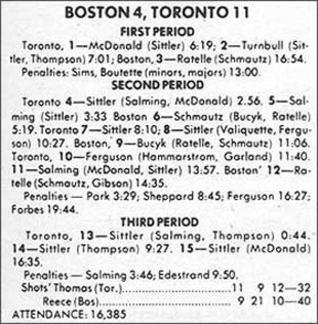 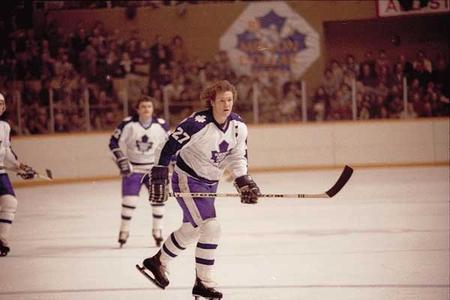 After 40 years the record still stands.  Summerside born Errol Thompson had a big hand in Sittler’s career game setting up the Leaf centreman on two of his goals and a three point performance for himself.

Sittler had been matched on a new unit with Thompson and Lanny McDonald and asked head coach Red Kelly to keep the line intact against the Bruins who came in with a seven game winning streak under their head coach Don Cherry.  Grapes went with Dave Reece in the nets that night with the goalie having impressed with seven wins and two shutouts in 14 games. Cherry decided to rest his other goaltender Gerry Cheevers who would get the start the following night back home at the Boston Garden.

Left wing Errol Thompson, wearing #12 on the back of his Leaf white home jersey played his part setting up the fourth and fifth goals Sittler scored that night.  The Leaf Captain wound up with six goals and four assists. Toronto won the game handily, 11-4.  Thompson bumped usual left winger Tiger Williams off the line. Tiger finished the game as minus-2 for the night playing on another line. McDonald and Borje Salming had four point nights.

Thompson called the night “unbelievable” and said every pass and shot made by Sittler just seemed to work out beautifully.

A day previous Harold Ballard, the Leafs crusty owner had taken a pot shot at Sittler, who was mirred in his slump by saying “Errol Thompson and Lanny McDonald are excellent wingers; now if I could only find them a centre.”  The quote made headlines in the Toronto papers.

The Leafs were on the power play in the first minute of the third and started the Hot Line with Sittler just a point back of Maurice “Rocket” Richard’s all-time mark of eight points in a game. Former Leaf and Canadien Bert Olmstead tied the record a few years later.

Thompson controlled the puck in the neutral zone and fed it on the left side to Salming who then passed to Sittler who was in full stride heading up the right side boards.  He cut around Daryl Edestrand and then headed toward the net where he beat Reece on the far corner using his forehand shot. The history tying goal (his fourth in the game) and point (his eighth) came 44 seconds into the final period.  That left 19 minutes to go for a new record.

Thompson set up #27 for the record breaking goal just nine minutes later. The record setter came just before a line change on the part of the Leafs and at the end of a shift. Thompson fed the puck to Sittler who intended to dump it into the Boston zone and head to the bench. As he skated toward the Bruins net he tried to get the best angle he could to try to get a shot on Reece.  He cut through the two Bruins defensemen, Dallas Smith and Gary Doak as Smith seemed to get his skates tangled up on a cross-over. Reece moved out of the net as he panicked with his two defensemen out of position and Sittler put the puck in the far corner.

Maple Leaf Gardens broke out in hysteria as Sittler set the record and added a sixth goal late in the period to complete his ten point night.

In his biography “Sittler” the Leaf super star credited his wingers for his big night.  “Lanny and Errol were flying and their speed on the wings forced the Bruins defense deep into their zone.”

He also thanked Lady Luck. Sittler’s final goal came on what he intended to be a pass to Thompson but veteran defenseman Brad Park stepped up to cut off the pass which struck him on the skate and dribbled into the net between Reese’s legs. Five hole.

Reece was sent to the AHL the following day.

Errol Thompson enjoyed his best season scoring 43 goals with 37 assists and 80 points in 75 games playing with Sittler and McDonald on the unit dubbed The Hot Line. Three of those points coming on a night where the centre Ballard was looking for Thompson and McDonald connected on 10 of the Leafs 11 goals. 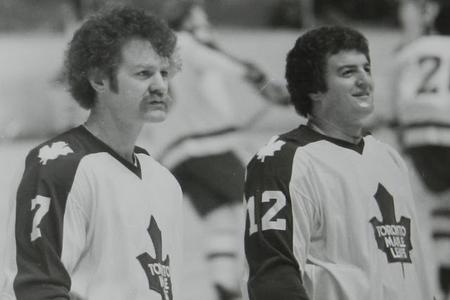 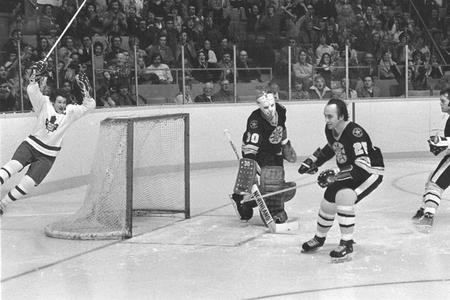 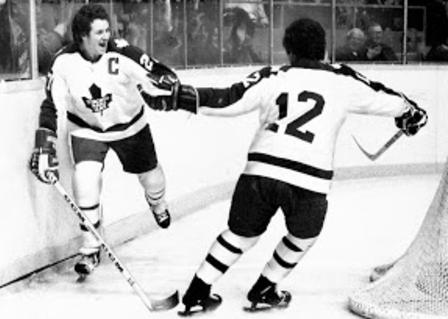 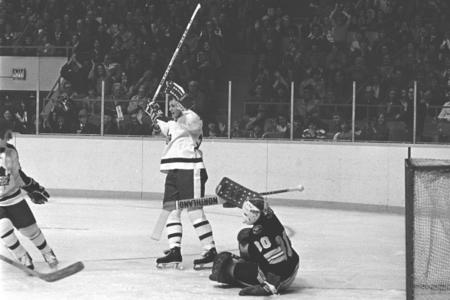 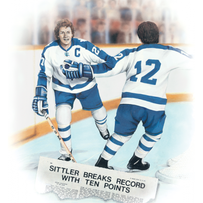