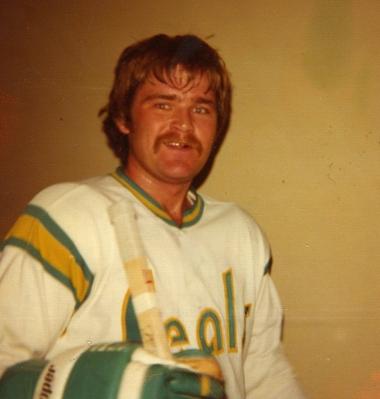 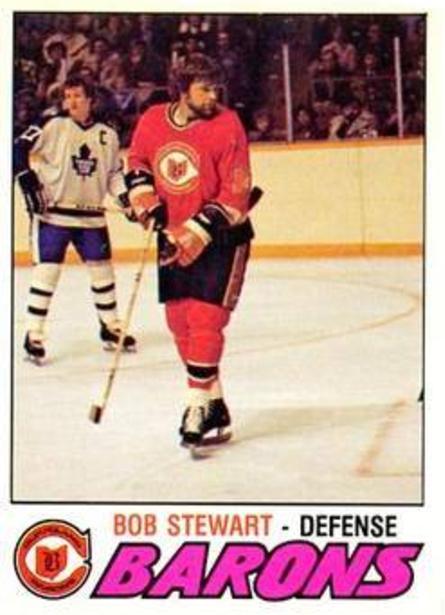 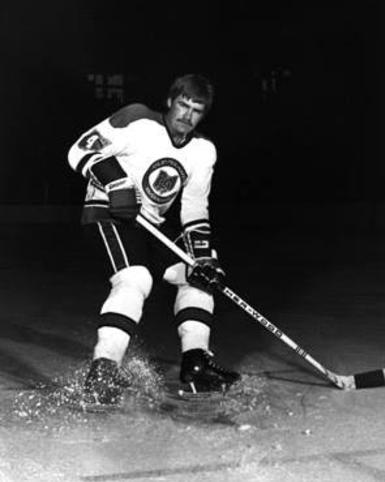 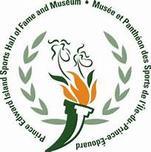 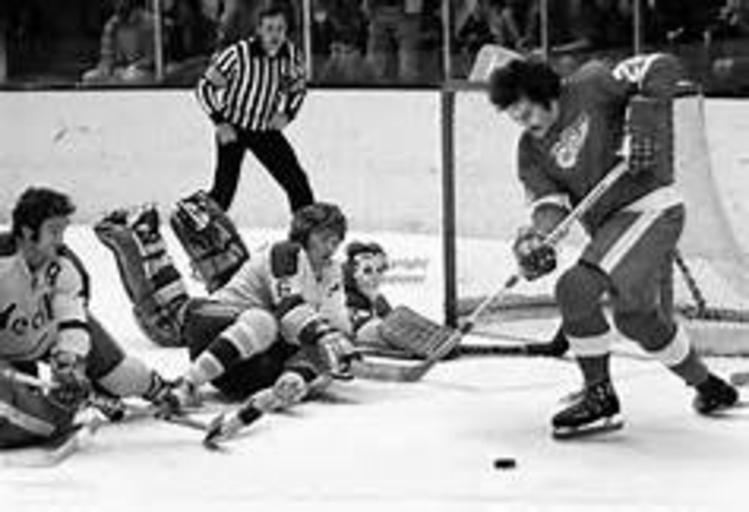 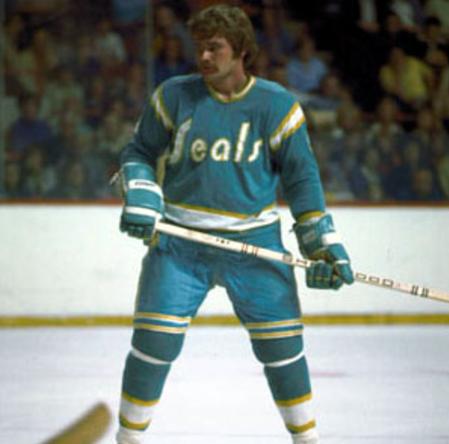 ​​​​Bobby Stewart is just one of a few Prince Edward Islanders who has played on defense in the NHL.  The Charlottetown native played in the National League from 1971 to 1980 with five teams in Boston, California, Cleveland, St. Louis and Pittsburgh.

Stewart has the distinction of having the worst plus/minus off all-time in the NHL as a minus 260.  That goes along with playing on a lot of poor teams including four years in California with the Seals where his team-mates included Islanders Al MacAdam and Gary Simmons. His brother-in-law is former Toronto Maple Leaf star Rick Vaive who married his sister Joyce.

MacAdam said Stewart was always a good team mate, "He worked hard each and every game and gave it his all. He had a bit of a mean streak and I don't think many enjoyed playing against him."

Bob Stewart was on the ice as a four year playing on the frozen ponds around Parkdale. He was the son of a well-known doctor in Charlottetown, Dr. Harold Stewart.  He was born on November 10, 1950.  By age 15 in 1965 he was being sought by many junior teams in the region after playing minor hockey, high school and with the Rogers Rangers seniors.  Four OHA teams scouted him and he decided on playing for the Oshawa Generals and joined them in 1967-68. Stewart played three seasons in Oshawa.  He was named Captain in 1969-70 and was a starter on defense for the OHA All-Stars that season.

The Boston Bruins drafted him in the first round of the NHL entry draft in 1970, going 13th overall. Stewart would also be taken by the Alberta Oilers in the initial WHA draft in 1972.  He played for the Oklahoma Blazers, the Bruins farm club in the Central League in his rookie year in 1970-71. The following season it was a brief eight games with the Bruins in a call-up but he spent the first hal of’71-72 with the AHL Boston Braves and few games in Oklahoma.  Stewart made his NHL debut on October 10, 1971 as the Bruins faced the New York Rangers. He was dealt four months later to the California Seals in the trade that went down on February 23, 1972. The Bruins sent him to the west coast along with Reggie Leach and Rick Smith for veteran defenseman Carol Vadnais and Don O’Donaghue. He would stay with the Seals for the next four seasons, the last two as Captain. When the Seals relocated to Cleveland he served as captain for one season there as well.

Stewart became more involved with the NHL Players Association acting as a team rep and was involved in the Collective Bargaining Agreement talks between the NHL and the players.  In 1976-77 the owner of the Cleveland Barons had a crisis on his hands in meeting payroll obligations. At one point it looked like the players would all be released with no compensation in the way of pay.  Bob Stewart helped settle the dispute. He made several national media appearances and was even interview on Hockey Night in Canada.  A settlement was reached but the Barons had only one more season in Cleveland before most of the players were dispersed to Minnesota.

Stewart continued his NHL career playing in St. Louis and Pittsburgh over the next two years.  His only season in the playoffs was with the Penguins in 1980. Ironically his final game was on April 14 that spring against the Boston Bruins in the Garden where he made his debut some eleven years before. He joined the Ralston-Purina feed company on retirement and US Bank.

Bobby Stewart was inducted into the PEI Sports Hall of Fame in 2002.  Sadly he passed away on February 3, 2017 at the age of 66 after a battle with cancer.  He left behind his wife Cindy. They had two children. He also had sisters Beryl and Joyce and brother Gordon. 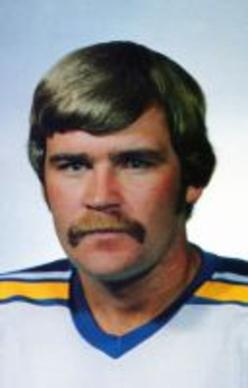 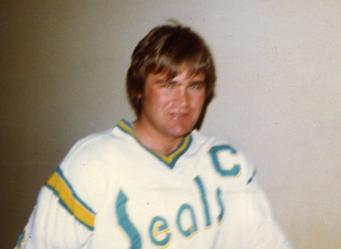