Celebrating the career of Gerard "Turk" Gallant in the NHL since 1984-85. (Click on the first photo below to begin the slide show)

NHL Coach of the Year Finalist 2016

One door closed and another opened.

A career ending back injury led to a successful coaching career for Summerside native Gerard Gallant who was nominated for the Jack Adams trophy as the NHL coach of the year in 2015-16 after guiding the young and improved Florida Panthers to a 47-26-9 record.

The NHL all-star starred for nine seasons with the Detroit Red Wings but was plagued with a back problem that led to surgery in March of 1991 to remove a bone spur from his spine. The Wings eventually allowed the tough, tenacious winger to the head to free agency where he signed with the Tampa Bay Lightning in 1993.  His NHL days as a player were over in 1995. The man they call Turk (his nickname since he was four) continued his pro career with the Detroit Vipers in the International League which ended in just two months into the season in November when he suffered another back injury and was forced to retire at age 32.

Two years later, Turk Gallant was making a name for himself as coach as he guided the Summerside Western Capitals to the Royal Bank Cup national junior championship in a tournament hosted at Cahill Stadium in the Island’s western capital.

Gallant’s first NHL coach was Jacques Demers, who was one of the most successful coaches in the 80’s. Turk became an assistant coach with the fledging Columbus Blue Jackets in 2001-02 and kept that position until he was named head coach at mid-season in 2004-05.  He held that job through the following season before being replaced in 2006-07 after a tough 5-13-2 start. He joined the New York Islanders as an assistant coach for 2007-08 and 2008-09 before moving back to the major junior ranks with the Saint John Sea Dogs.   For the next three years the young franchise from Canada’s east coast would grow into a powerhouse in the Quebec Major Jr. Hockey League. In the spring of 2010 the Sea Dogs bowed to New Brunswick provincial rival, the Moncton Wildcats in six games in the finals. The outcome would be a lot different over the next two as Saint won back-to-back championships and a Memorial Cup national championship in 2011. Gallant was named the Canadian Hockey League coach of the year.

The coach got another shot at the NHL when the Montreal Canadiens came calling in the summer of 2012. Gallant was named assistant coach and for the next two years helped the Habs moved toward being a strong contender. The head coaching job became vacant in South Florida in 2014 and the job went to the Gallant, whose star was rising again.

The improving Florida Panthers finished 38-29-15 in 2014-15 and were even better in 2015-16 as they wound up 47-26-9 finishing first in the Atlantic Division and third overall in the Eastern Conference backed by veterans Jaromir Jagr and goalie Roberto Luongo and a handful of emerging young stars like Jonathan Huberdeau, Aleksander Barkov, Vincent Trocheck and Reilly Smith.  Gerard Gallant was the perfect coach for this budding team.

Gallant’s career began as a 16-year old top Midget prospect who managed 60 goals in 45 games with Summerside and was added by Sherwood-Parkdale for the 1979-80 the Air Canada Cup Midget Championship in Cornwall, Ontario where scouts got a first-hand look at him.

Gallant lived in the same neighbourhood as Cahill Stadium and the story goes he would do extra work around the arena in order to get more ice time. He was born on September 2, 1963 and hockey was naturally part of his childhood like most Island kids. The Crystals were the local junior team and Turk had a chance to practice with them from time to time.  The Sherbrooke Castors of the Quebec Major Junior League added him to their roster in 1980. He played with Shebrooke, the St. Jean Beavers and Verdun Junior during an outstanding junior career.

The Detroit Red Wings drafted him in the sixth round of the NHL entry draft in 1981 (107th overall) and he made his debut in the big league in 1984-85.  Gallant spent the next nine campaigns in the Motor City with four 30 plus goal seasons. His 39 goals and 54 assists gave him 93 points in 1988-89 and a spot on the second NHL All-Star team at left wing. The 93 points are still the second most  by an Island born or raised player in the NHL in one season (Rick Vaive had 93 in 1983-84 in Toronto).  His back problems began to plague him after that great season.

Gerard Gallant played in 615 games in the NHL, scoring 211 goals, 269 assists and 480 points plus 1674 minutes in penalties. In 58 playoff games he had 18 goals, 21 assists and 39 points. He also played on a silver medal winning Canadian team in the 1989 World Hockey Championships and coached Canada to the World championship in 2007 taking the gold medal.

He and his wife Pam still spend summers on PEI. Daughter Melissa is married to former Toronto Maple Leaf Daryl Boyce, also from Summerside and son Jason is a former Summerside Western Capital who played four seasons as a forward.

The nickname "Turk" (or Turkey) was given to him at the age of four.  He had an uncle who raised turkeys and put them in the Gallant family basement at night. Gerard as a youngster used to chase them in the basement. Thus the name Turkey was born, later changed to Turk. 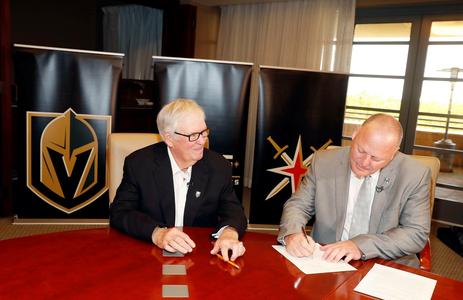 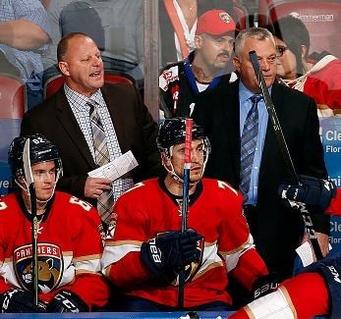 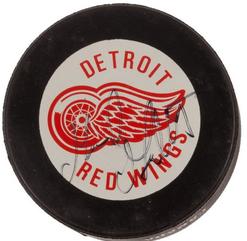 Gerard Gallant’s tenure with the Florida Panthers came to an end on Sunday, November 27, 2016 when he and assistant coach Mike Kelly were let go in Raleigh, North Carolina following a 3-2 loss to the Hurricanes. Panthers General Manager Tom Rowe fired both Island coaches. Media reports showed Gallant and Kelly both getting into a cab to take to the airport back to Miami which appeared to be a classless move on the part of the Panthers. Turk later clarified the matter saying Panthers manager of team services Stiles Burr called a car service but he didn't want to wait so they called a for a cab.  A Hurricanes employee helped them to the cab. He says the what happened got blown out of proportion.  But certainly not a way to treat one of the best coaches in the NHL who had guided the team to a club record 47 wins the previous season.  It was obvious Gallant and Rowen (who took over as coach) were not seeing eye to eye which led to the dismissal. The Panthers, hit by injuries to key players, had an 11-10-1 record after 22 games when Gallant was fired. He was not happy with some off season moves made the club and an increased dependence on analytics a new buzz word in hockey. Rowe says inconsistency led to the firing of Gallant and Kelly. The backlash was as expected on social media, especially by the hockey media.  The players were also upset and unhappy with the change.  Gallant who signed a three year contract with the team in the off season was left vulnerable when Dale Tallon, who was general manager, was moved upstairs.  Gallant, not a big fan of analytics, wanted centre Logan Shaw brought up from the minors but the front office (Eric Joyce and Steve Werier, assistant GMs) didn’t like his analytics so the move never came. Shaw was traded to Anaheim. Joyce and Werier would be akin to the the Jonas Hill character in the baseball movie Moneyball. Owner Vinnie Viola who definitely is not a hockey man took to the analytics method to create a try to create a winner. Rowe, age 60, got a chance of a lifetime.  Gallant was let go primarily over a difference of opinion on how to build and run the team. With Gallant at the helm the Panthers picked up impressive wins over Montreal and the New York Rangers.just weeks before the firing.  Under Gallant the Panthers were 96-65-25 over parts of three seasons including the club record 47 wins in 2015-17.
Rowe (who played in the NHL in the 70's and was the first American to score 30 plus goals for Washington)  became the 14th coach in franchise history and fifth in five years. Gallant might be referred to as “old school” however analytics have become part of the game and maybe would make up 20% of the player’s worth.  It wasn’t expected Gerard Gallant would be out of a job that long and just five months later he was named

IT WAS PURELY ANALYTICAL - GALLANT FIRED BY FLORIDA 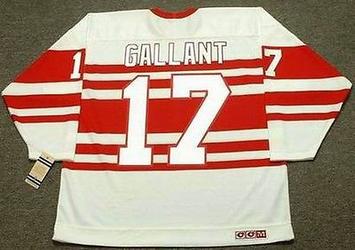 A new challenge for Turk - named the first coach of the expansion Las Vegas Golden Knights in April, 2017