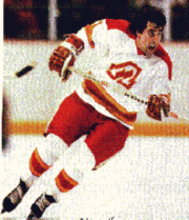 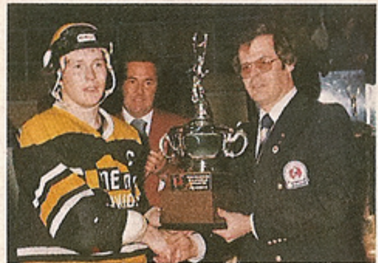 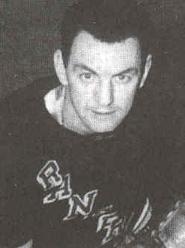 EVERY 10 YEARS....END OF DECADE MAGIC 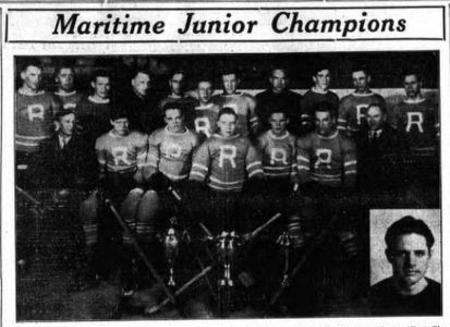 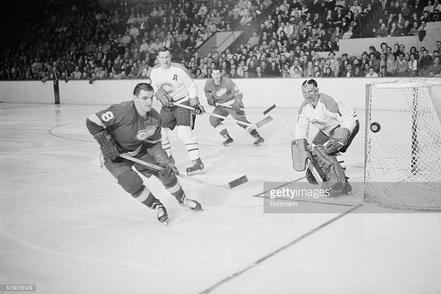 The 1938-39 Charlottetown Royals were Maritime Champs under Walter Lawlor

The second last year of the decade going back 80 years have turned out to be big years for many Island hockey teams and individual players.

1938-39 brought a Maritime championship to the Junior Royals of Charlottetown. The Royals coached by Walter Lawlor lost to the Perth, Ontario Blues in the Memorial Cup Eastern Canada playoffs and included two Island greats, Buck Whitlock and Bucko Trainor along with a host of other outstanding players.

In 1958-59 Forbie Kennedy became the first Island raised player to make an NHL all-star team in a special contest that was played in Buffalo, New York.  Kennedy was with the Detroit Red Wings and was selected to play with the NHL stars that included nine future Hall of Famers in a benefit game for New York Rangers prospect defenseman Bill Dobbyn who lost an eye in game while playing with the Buffalo Bisons of the AHL.  The contest was staged in February, 1959 and won by the NHL all-stars, 6-2 over the Bisons before over 9,000 fans in the Buffalo Auditorium.  It became known as the “lost” all-star game.

The great Charlottetown Junior Islanders had their start in 1968-69. Under Coach Jack Hynes the Islanders would pursue the Memorial Cup and the Centennial Cup in the next two years building a legendary story that still is talked about today.

In 1978-79 the Sherwood-Parkdale Metros won their first Island and Maritime championship and came close to winning the Centennial Cup in Prince Albert, Saskatchewan. The Metros were led by MVP Dunstan Carroll barely lost in overtime to the hometown Raiders in the Canadian championship final.

The 1988-89 Summerside Western Capitals hosted the Centennial Cup and almost won the whole thing. The Caps, under Head Coach Dave Cameron, lost the final 4-1 to the Thunder Bay Flyers in Cahill Stadium.  The Caps were just the third Island team to play in a Centennial Cup final up to that point (the others were the Charlottetown Islanders in 1971 and the Sherwood-Parkdale Metros in 1979).

In 1998-99 the Charlottetown Abbies made it to the Royal Bank Cup final in Saskatchewan after a gruelling trip to the national Tier II championship and a very memorable series with the Antigonish Bulldogs in the Maritime finals. It went seven games in a back and forth manner much like a heavyweight fight lasting 12 rounds.  The Abbies, coached by the Kennedy’s, Forbie, Jamie and Mike, won the Fred Page Cup eastern Canadian title and made it to the Royals Bank Cup for the first time lost  to the four time champion Vernon, B.C. Vipers in the final, 9-3. It was a tired Abbies club that played in the championship game just 12 hours after winning in the semi-finals, 6-5 in double overtime facing the host Yorkton Terriers.  Brad Simms scored the goal that lifted the Abbies to the final game.

2008-09 became the first year since 1997 for the Summerside Western Capitals to play in the Royal Bank Cup under Head Coach Kenny MacDougall.   The Caps finished in first place in the Meek Division of the Maritime Jr. League and took the league championship over Truro.  They advanced to the Fred Page Cup Eastern Canadians and beat Dieppe to advance to the RBC tournament in Victoria, B.C. The Caps went 1-4 in the national finals.

Individually, Wes “Bucko” Trainor played his first and only season in the NHL making his debut as fast skating forward with the New York Rangers in 1948-49. He played in 17 games.  Injuries took their toll and his big league career was short lived as a result.

Bobby MacMillan of the Atlanta Flames won the Lady Byng Trophy for sportsmanship and ability in 1978-79 after scoring 37 goals and 108 points in the NHL.

Gerard Gallant with the Detroit Red Wings in 1988-89 became the first native born Islander to make an NHL all-star team.  He was a second team all-star with 39 goals and 93 points.