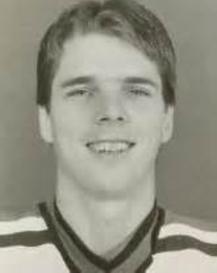 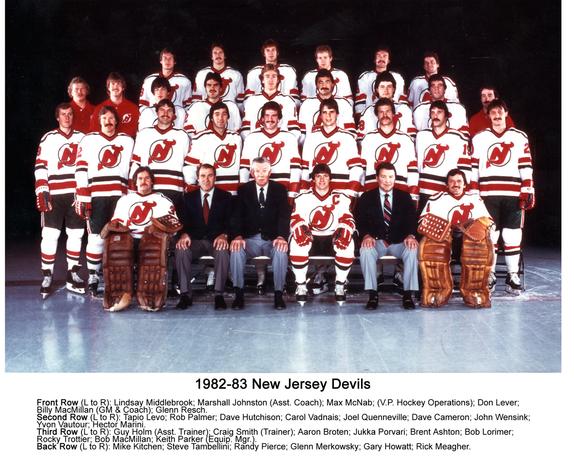 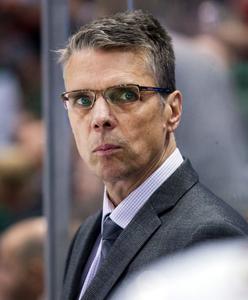 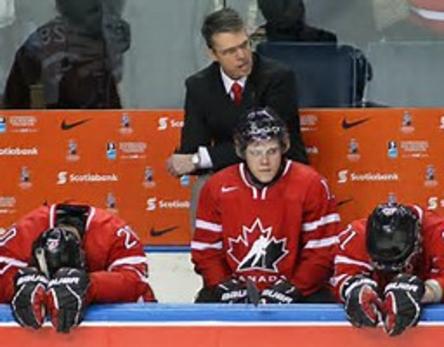 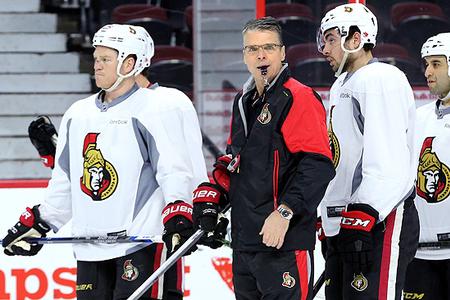 Dave Cameron is one of a few Prince Edward Islanders who has gone from playing to coaching in the National Hockey League.

David William Cameron was born on July 29, 1958 in Charlottetown, PEI and grew up in Kinkora and played minor hockey in Crapaud and outdoor rinks in Albany where he first lived.  He became a high school standout in hockey with the Kinkora Blazers in the mid 1970’s as prolific goal scorer and was named Kinkora Regional High School Male Athlete of the Year in 1975-76.  Cameron captured the league scoring championship by a 17 point margin over nearest opponent with 43 goals, 34 assists and 77 points.  In the spring of 1976 he led the Blazers to the PEI High School AA championship scoring six goals in an 8-4 in the seventh and deciding game of the finals over Colonel Gray.  Dave added assists on the two other goals for an eight point night in the game played in Crapaud before a record crowd of over 1,500.  He had nine goals in the final four games of the series. He was also an honours student.

He enrolled as a student/athlete with the University of Prince Edward Island and played with the Panthers for the next four years.  The centre scored 27 goals and had 89 points in 49 games with UPEI.

Dave’s former high school coach, Everett Stewart put him on the roster for the Canada Winter Games in 1979 in Brandon, Manitoba. Unfortunately he was hurt and could not play.  PEI lost the bronze medal game to Ontario and forever fans have wondered if things might have been different if Dave Cameron was available to play in the line-up. It remains PEI’s best finish in men’s hockey at the Games. Injuries would play an important role in his university and later professional career. Only 13 games into UPEI’s regular season in 1978-79 he suffered torn knee ligaments and was out for the rest of the year. He was leading the Atlantic Conference with 7 goals and 29 points when he suffered his second injury in two seasons. The year before it was a broken ankle that put him on the sidelines but he still led the AUAA with 30 assists and added 13 goals.  He still made the first “All Conference” all-star team.

The New York Islanders selected Cameron in the 8th round, 135th overall in the NHL Amateur Draft in 1978. He found out he was selected when he got a call from the newsroom at CFCY radio in Charlottetown. He was working that spring at Canada Packers on Grafton Street when one of the maintenance workers told him the radio station was on the phone for him.  At first Dave felt his co-workers were having a little fun with him but the telephone call confirmed the good news. He was working a 4 p.m. to midnight shift.  When he got home his brother Mike also told him CFCY had called at his house, too.  The Islanders had taken him.

He split his first pro season between Fort Wayne of the IHL and Indianapolis of the CHL with 3 goals and 9 points in just six games with the Checkers with the Komets and 15 goals and 36 points with the Indy Checkers in 1979-80. The following season, 1980-81 was a breakout year where he had 40 goals and 70 points in 78 games and added 2 goals and 5 points in the playoffs. The parent club, the NY Islanders traded Cameron along with Bob Lorimer to the Colorado Rockies for first round draft pick in 1983 (and turned out to be future Hall of Famer Pat LaFontaine).

Cameron’s NHL career spanned three seasons.  He had 11 goals and 23 points with the Rockies in 1981-82.  The Denver franchise moved to New Jersey and became the Devils in the off season.  He had 5 goals and 9 points in 35 games for New Jersey in 1982-83 and 9 goals and 21 points in 67 games in 1983-84.   His pro career in 1984-85 with Maine and Moncton the AHL.  Injuries played a part in his short pro career. He did get to play under Island born head coach and general manager Bill MacMillan and his brother Bob MacMillan in Denver and East Rutherford, New Jersey.

FROM PLAYER TO COACH

Dave turned from playing to coaching and joined the Summerside Western Capitals in Junior “A”.  He took over from Doug MacLean who had guided the Caps to the 1983-84 PEI Jr. A championship.   He would have success himself at the helm guiding the Capitals to three Island Junior “A”championships in 1985-86, 1987-88 and 1988-89.  The ’89 season was a memorable one.  Summerside captured the Callaghan Cup as Atlantic Jr. champions and hosted the Centennial Cup national championship at Cahill Stadium.  The Capitals made it to the final game but lost 4-1 to Thunder Bay, Ontario.

Cameron showed signs as a strong mentor for young players, even though he was only 30 himself.   He told his troops to always respect their opponent and to show that when they were interviewed by the media. Cameron would have the players form a semi-circle at centre ice when he was addressing them during practice. That way he could see each individual player and know they were listening to his message.

Cameron retired as coach of the Caps after 1989 as he continued to work as a special education teacher at Westisle Composite High School but returned as a player with the Charlottetown Armour Fence Islanders in the senior hockey ranks.  The Islanders won the Allan Cup national senior championship at home in the spanking new Charlottetown Civic Centre as they defeated the perennial contender Thunder Bay Twins 5-4 in sudden death overtime.  Cameron was named the MVP with 4 goals and 9 points in the four game sweep.  He played the following season and had a one game comeback with the Saint John Flames in 1994-95 in the AHL.

By now he was mind was firmly on coaching.  “My first coach was Bert Marshall (who coincidentally like Dave was nicknamed “Moose”) and he was a real knowledgeable guy. He was able to integrate to me the difference between playing and playing professionally.

He also had Everett Stewart in high school and Jack Hynes, the masterful coach behind the Charlottetown Junior islanders in the late 60’s as his Island mentors.  “Everett was all about team and Jack was all about detail and fitness.” Dave would even coach ball teams in Kinkora when he came home in the summer after playing professional.

BACK TO THE PROS

His pro career in coaching started with the Detroit Falcons and Port Huron Border Cats in 1995 through 1997.   He became head coach of the Sault Ste. Marie Greyounds in the OHL in 1997-98 and guided a rebuilding team that finished 20-39-7 but improved to 32-29-8 the following season but lost in five games in the first round of the playoff.  In 1999-200 Cameron joined head coach Al MacAdam from Morell as an assistant with the St. John’s Maple Leafs of the AHL but the team finished out of the playoffs with a 23-45-12 mark.

Dave became coach of the St. Michael’s Majors in 2000 in the OHL and guided them for four seasons, winning a high of 40 games in 2001-02.   The  Majors had a winning record each of those four campaigns.

He then became head coach of the Binghamton Senators from 2004 to 2007.  The team instantly saw a 26 point improvement in his first season. The club won the AHL East division with a 47-21-12 record but suffered an upset first round exit in the playoffs.  The next two seasons saw the Senators struggle as they missed the playoffs.

Cameron returned to St. Michael’s, now the Mississauga St. Mike’s Majors.  Again his team saw a dramatic 20-point improvement and finished fifth in the OHL Eastern Conference.  The Majors kept improving and by 2011 they were OHL champions with a league best 53-13-2 but finished as runners-up to the Owen Sound Attack in the playoffs.  The Majors hosted the Memorial Cup national tournament. The finale was a dream game for Island hockey fans pitting Cameron of Kinkora facing Summerside’s Gerard Gallant who coached the Quebec Major Junior Champion Saint John Sea Dogs. Both were also former coaches of the Summerside Western Capitals and friends.

Following the Memorial Cup, Cameron joined the coaching of the Ottawa Senators under Paul MacLean.  He became head coach following the firing of MacLean in December, 2014. The Senators won 23 of their final 31 games in the regular season and made the Stanley Cup playoffs.  They lost in the first round to the Montreal Canadiens. In 2015-16 the Senators failed to make the post season missing the wild card spot by eight points.  On April 12, 2016 Cameron was dismissed as head coach.   He finished with a 70-50-17 record in a season and a half.

Dave wasn’t out of a job too long as he was hired as an assistant coach by the Calgary Flames in July, 2016 and remained  with the team in 2017-18.  He left Canada to coach the Vienna Capitals in European pro hockey in 2018.

He also was an assistant coach for Canada in the Under-18 World Championship in Slovenia in 2003, finishing fourth.  The team won the gold medal in the tournament the following year with Cameron as head coach.  In 2011 a silver medal for Canada with Cameron as head coach in Buffalo, New York in the World Junior Championship, bowing 5-3 to Russia in the final.   He was an assistant coach with Canada that won the 2016 IIHF World Hockey Championship, 2-0 over Finland in Moscow, Russia.

He is married to wife Kelly.  He has two sons, Connor and Ben.

Dave Cameron also has quite a sense of humour, especially when it comes to talking to the media.  He could always handle a room full of reporters with his dry sense of humour and ability to make everyone feel at ease with a few quips.

He is only one of three Islanders to become a head coach in the NHL joining two other coaches from the Summerside Western Capitals, Doug MacLean and Gerard Gallant. 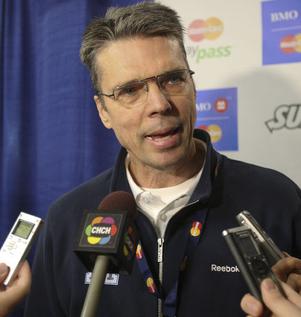 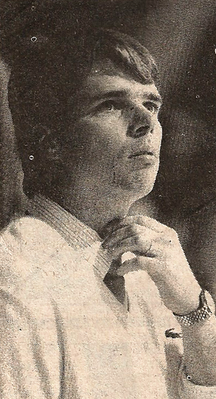 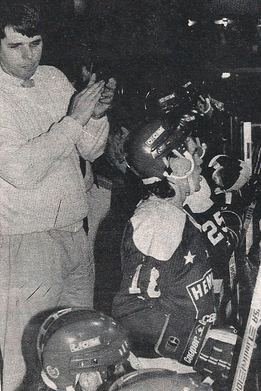 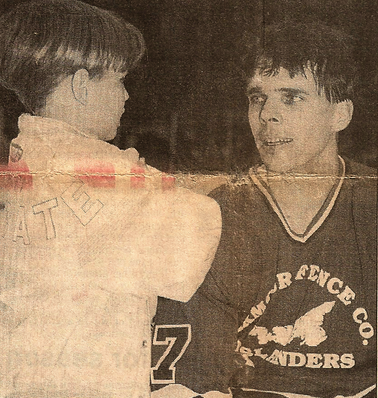 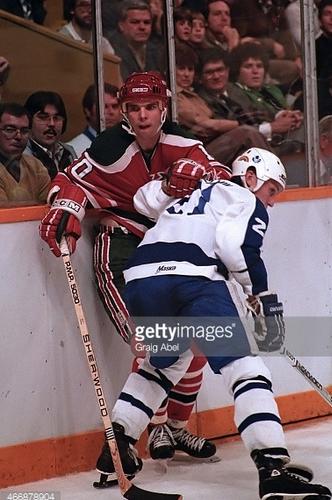 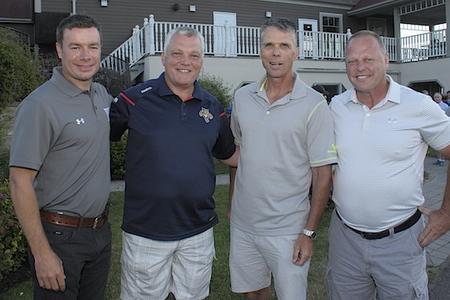 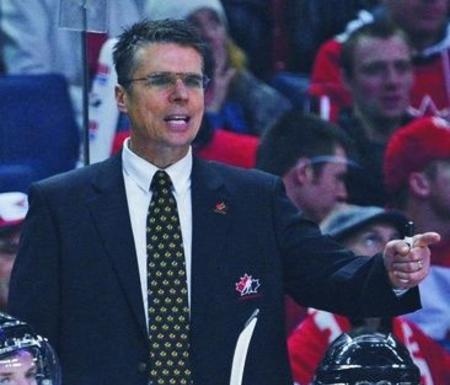 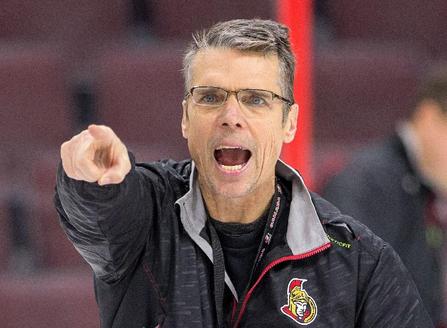 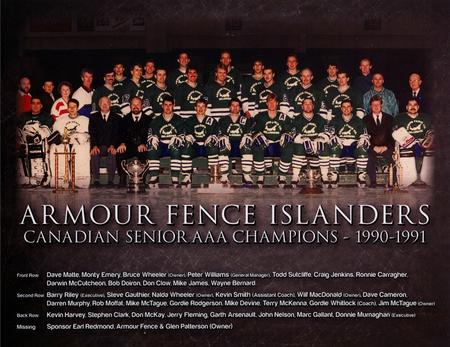