The option of a career in Europe has been taken by a number of Island players and coaches.  Dave Cameron, Don MacAdam and Gordie Dwyer are the most recent to coach internationally. David Ling, Drew McIntyre and others played a few seasons overseas. It’s a trend that actually began in the 1930’s as a few PEI players ventured to another continent.

Dave (Tucker) Flanagan, Shane MacEachern and Tyler Larter were the three most prominent Island players to head to Europe in the 1990’s.

Flanagan, a former UPEI Panther star, followed in the footsteps of another Panther team-mate, Shane MacEachern who also took the European route.

The right wing was born on December 13, 1967 playing his minor hockey in Charlottetown.

Flanagan, from Charlottetown, was the co-winner playoff MVP in the 1991 Hampton Roads Admirals championship in the East Coast League. He spent some time with Canada’s national team and the Cape Breton Oilers in the AHL before playing three seasons on with Adirondack and Fredericton. He had 26 goals in 27 games with Hampton Roads in 1991 and exploded for 16 goals in 14 playoff games, adding 8 assists for 24 points that spring under the legendary John Brophy, the head coach.

In 1991-92 he picked up 34 goals and had 63 points with the Toledo Storm in the ECHL and plauyed 11 games with the Adirondack Red Wings in the AHL scoring three times.   His AHL totals would add up to 23 goals and 40 points in 110 games

In 1994 he decided on taking a chance playing with the Chelmsford Chieftans in the British Hockey League.  He also played with club teams in Denmark and Germany over the next five seasons. In his only season in Chelmsford he exploded for 86 goals and 118 points as one of three import players on the team.

Prior to leaving for Europe in the summer of 1994, David  said that it would be a good move for his career and an opportunity to play professional hockey in another part of the world.

He did return to play in 2000 with the Dayton Bombers in the East Coast League but then turned to coaching.

Flanagan was assistant coach with the PEI Rocket in the Q from 2004 to 2006 under head coach Alain Vigneault. He was also an assistant coach with the UPEI Panthers before leaving in November, 2009 after a player mutiny that also saw head coach Dylan Taylor leave along two other assistants, Gordie Whitlock and Mike Smith (UPEI director of athletics Ron Annear cited it as "a communication breakdown" between the players and Taylor).  UPEI was 4-2 at the time after losing two straight games. Forbie MacPherson took over as head coach to complete the 2009-10 season.

Flanagan became director of business development for MJL enterprises in Charlottetown in 2013 which signed a contract with the Toronto Maple Leafs and Chicago Blackhawks. The company developed and sold software to NHL teams plus college and junior teams along with professional personal trainers that would allow coaches, players, trainers, scouts, and nutritionists to interact online with mobile devices. It would allow them to share training videos and monitor training performances along with other functions. The company was launched by CEO and president of MJL Enterprises, Jason MacDonald in 1998.  The company also sold software to the Buffalo Sabres and developed a program for Andrews Hockey Growth. 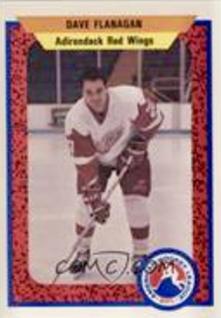 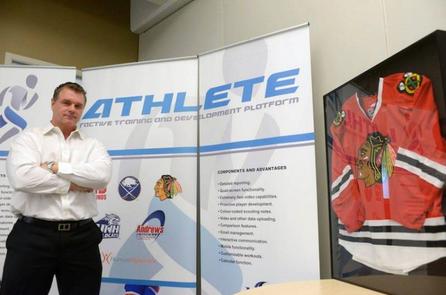 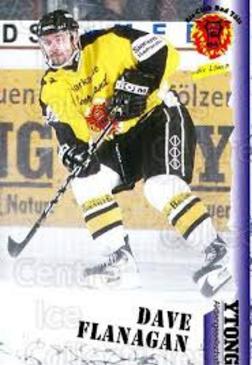 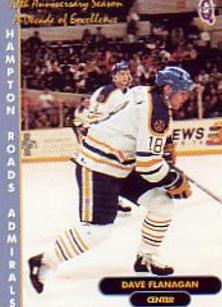