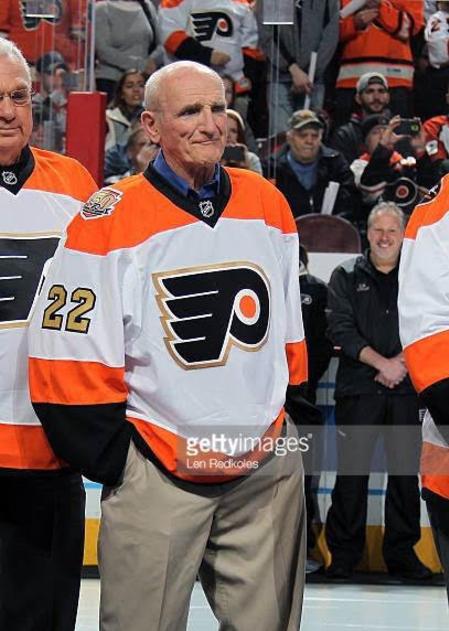 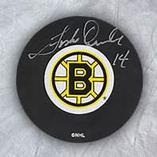 Many consider him the greatest NHL player ever produced on PEI - Forbie Kennedy is a  charter member of the the PEI Sports Hall of Fam inducted in 1968 in Summerside.

Kennedy was born in Dorchester, New Brunswick in August, 1935 but was raised in Charlottetown where he learned his skills in minor hockey in the 1940’s.  He played from 1956 to 1970 with Chicago, Detroit, Boston, Philadelphia, and Toronto.  In 603 NHL games he had 70 goals, 178 points and 888 penalty minutes.

Kennedy originally was a junior in the Montreal Canadiens organization playing under Hockey Hall of Famers Sam Pollock and Elmer Lach in the mid 1950’s.  The Blackhawks purchased his contract and he made his debut in 1956 in the National League. He was involved in a blockbuster deal in 1957-58 that sent him to Detroit where he became a team mate of Gordie Howe. Hall of Famers Ted Lindsay and Glenn Hall went to Chicago in the deal. He also played four seasons in Boston with the Bruins where he became a legend. Kennedy was claimed by Philadelphia in the Expansion Draft in June, 1967 and was traded to Toronto in March, 1969.  In May that year the Maple Leafs sold him to Pittsburgh and he was claimed a month later by the New York Rangers in the Intra-League Draft but he retired.

Kennedy turned to coaching as he returned to the Island and was behind the bench with the Jr. A  Summerside Crystals in the early 70’s before two years with the Winston-Salem Polar Twins in the Southern Hockey League and part of a season with the Richmond Wildcats.

He came back to the Island and coached the Charlottetown Eagles & Abbies in the mid 1980’s through the 1990’s winning the Atlantic Jr. A title in 1998-99  winning the Callaghan Cup and finished as a finalist in the Royal Bank Cup nationals in Yorkton, Saskatchewan.

He was known for his toughness but also had a soft side helping many youngsters get into the game. He has been known to buy skates for a child who's parents could not afford a new pair for their youngster. Forbie never made any fuss about it.  He always kept to his humble roots on PEI.  "I could have been a carpenter or a plumber but I wanted to make a career of hockey,” he once said.

No doubt he made the right choice not only for him but hundreds of players and fans through the years.