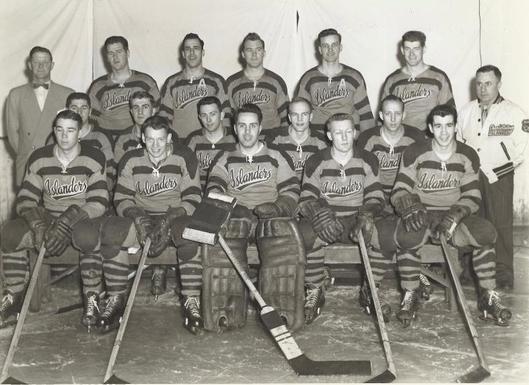 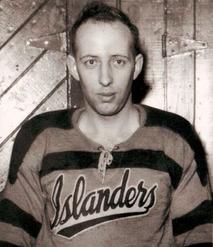 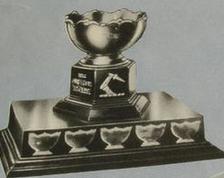 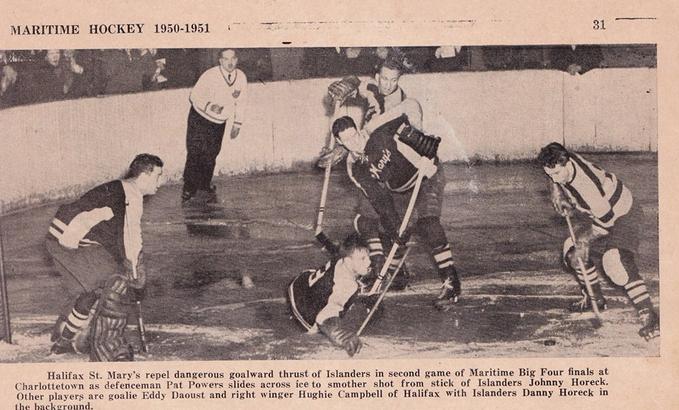 Professional hockey arrived on Prince Edward Island in the fall of 1950 about sixty years after the first organized game was played in the province.  The Maritime Major Hockey League would consist of four teams during its short tenure from 1950 to 1954 and would have six teams in its make-up in 1951-52 during its second year of operation.

The MMHL was a feeder league for the six existing National Hockey League teams and was supported by the NHL.  The Charlottetown Islanders were joined by Saint John, Moncton and Halifax (and by Glace Bay and Sydney in the second year of the league). The majority of the players were minor pros from across Canada. Only a few local Island born players suited up for Charlottetown. The Islanders were actually part of the Maritime Senior Hockey League that re-formed after World War II.  It was not the first pro hockey league in the region. The Maritime Professional Hockey League existed between 1910 and 1915 but did not include any Island teams.  Two of the teams, the Moncton Victorias and Sydney Millionaires challenge for the Stanley Cup in 1912 and 1913 respectively. Three teams competed in the 1914-15 Eastern Professional Hockey League which became defunct once World War I broke out. The arrival of pro hockey in the Maritimes drew criticism from the amateur ranks. The Abegweit Association Executive spoke out about the new league. Dr H.D. Johnson and Lou MacMillan were concerned about losing players to the mainland teams. A few Abbies players did leave for New Glasgow, Nova Scotia but generally the Island Senior League was not affected. Pro hockey was becoming a trend. Which leads us to the Maritime Major League four decades later.

The idea of the majority of players being imports still is discussed by Island hockey fans to this day. There is one train of thought that says the make-up of any team should consist of mostly locally grown players. That would not be the case for the early 50’s Islanders nor the American Hockey League PEI Senators in the 90’s, the UPEI Panthers past the 1980’s (although Head Coach Billy MacMillan suggested a UPEI team that would be made up of local players in the early 90’s was a dream of his) or the PEI Rocket/Charlottetown Islanders in the Quebec Major Junior Hockey League. Most fans on PEI will accept a team if it has a few Island born players on its roster. Hockey at the major junior and professional level is a business and another factor to consider is the universal draft which dictates where players will wind up. University hockey has also changed over the years and as universities have expanded and offered new courses. That in itself has changed the way student/athletes choose a school.

In 1950 the new look Charlottetown Islanders skated onto the ice at the Forum with only a handful of real Islanders in the line-up. They included Wes “Bucko” Trainor, Cecil “Bubby” Dowling and Jack “Spy” Ready. All three would have important community  jobs once their hockey careers were finished. Bucko became manager of the Charlottetown Forum.  Bubby would manage the Belvedere Golf & Winter Club and Spy would become mayor of Charlottetown. But that was well into the future. In 1950 they were part of a team that would win the inaugural Maritime Major Hockey League championship. Cecil Dowling’s brother Maurice “Mousie” Dowling played his final year in organized hockey with the Moncton Hawks and Charlottetown scoring 20 goals and picking up 37 points. Both Bubby & Mousie and brother Bob would enter the PEI Sports Hall of Fame for their hockey and golf prowess.

The Islanders would go 49-23-5 in the 77 game schedule and score 340 goals (4.4 per game) while giving up just 216 (2.8 per game). They captured first place by 15 points over second place Halifax St. Mary’s. The Islanders had five players who scored 30 or more goals in the high scoring league.

The top goal scorer on the team was Walt Pawlyshyn a graduate of the Brandon Wheat Kings of the Manitoba Junior Hockey League. He scored 50 goals. Bucko Trainor, who played in New Haven in the AHL, came home to lead the Islanders with 98 points including 25 goals and 73 assists. Frank Bathgate, brother of NHL star Andy Bathgate (New York Rangers, Toronto Maple Leafs) was second on the team with 93 points including 35 goals.

Two other Islanders played a role with the club. Cecil Dowling had 6 goals and 11 points in 21 games and Spy Ready had goal and assist in 34 games on defense.

Goalie Hal Gordon backstopped the team with 48 wins, 19 losses, 3 shutouts and 2.56 goals against average. He hailed from Yorkton, Saskatchewan.

A pair of Island born players were members of the Saint John Beavers that season.  Buck Whitlock would score 57 times and total 126 points while Murray Harbour’s Clayton “Nick” Nicolle would score 95 points. He scored 35 times and added 69 points.  Nicolle would play eight seasons in Saint John and Fredericton as a right winger.

The Islanders won the inaugural season playoffs and went on to the Alexander Cup (named after Governor General Harold Alexander) competition which was the trophy offered for the Canadian Major hockey title. Charlottetown lost the eight game series with Sydney in the quarter-finals.  The Millionaires won four and lost two games in the set with two games tied. A 3-3 tie game was nullified.

The league was both exciting and entertaining. Teams played each other so often some fierce rivalries were formed. There were  plenty of on-ice fights and in one instance a half hour brawl ensued at the Charlottetown Forum during one contest.

The Saint John Beavers captured first place in 1951-52 as the league expanded to Sydney and Glace Bay to become the Big 6. Saint John had a 53-24-12 record while Charlottetown was second at 42-39-9. Buck Whitlock joined the Islanders had finished in second place in league scoring with 33 goals, 57 assists and 90 points in 86 games.  Team-mate Willie Marshall from the hockey hotbed of Kirkland Lake, Ontario won the scoring championship with 50 goals and 94 points. He went on to play 33 games with the Toronto Maple Leafs in parts of three seasons and had a long career in the AHL scoring a career high 45 goals in 1955-56 with Pittsburgh Hornets. He retired in 1975-76 with Buffalo in the North American League. Two other Island players on the Islanders that season were Bucko Trainor (13 goals, 43 assists & 56 points) and goalie Frank Roper who played in two games in the nets.  The Islanders lost in the semi-finals.

The Halifax Atlantics finished first in 1952-53 (47-33-4) with the Islanders second (45-35-4).  Charlottetown was coached by Murph Chamberlain. Buck Whitlock had 55 goals, 73 assists and 128 points in 80 games as he won the Maritime Major scoring championship.  The Islanders lost the semi-finals to the Halifax Atlantics who would win the Alexander Cup and repeat the following year.

In the final season for the Maritime Major loop in 1953-54 Halifax claimed first place (42-33-3) while Charlottetown was a distant fourth at 34-42 and was defeated in the playoff semi-finals. Whitlock was third in league scoring (51 goals, 63 assists & 114 points). Upcoming star Orin Carver had 35 goals, 42 assists for 87 points. Bucko Trainor finished with 18 goals, 47 assists for 65 points in 65 games. The Atlantics defeated the Islanders, 5-2 in the playoffs and went on eliminate Sydney, 5-2 in the Alexander Cup finals.  The MMHL disbanded that summer and the Islanders joined the Atlantic Coast Senior Hockey League. Buck Whitlock’s four year scoring totals were impressive. 298 games played, 196 goals, 262 assists, and 458 points (an average of 1.5 points per game). He was by far the best player overall during the four years of the circuit. 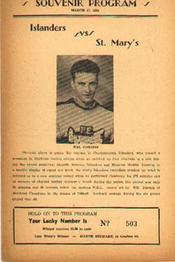 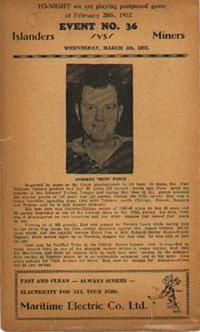 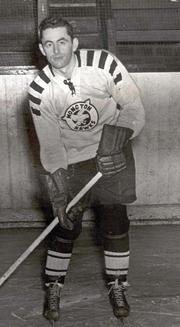