Prince Edward Island’s second century in hockey began on February 6, 1990 at the Charlottetown Forum with a celebration of the game that featured one of the province’s oldest players, Johnny Squarebriggs, who was 80 and one of the youngest, six year old Patrick Rossiter. Squarebriggs and young Rossiter blew out the candles on a cake to celebrate 100 years of hockey played on PEI. The first organized game was played on February 7, 1890 between a pair of intra-squad teams at the old Hillsborough Rink.  A century later there was already plenty of history to celebrate. The second century would see Island teams win their first two national championships at the senior and junior “A” level and the arrival of pro hockey in the province or the first time in nearly 40 years. The Forum would close and the new Civic Centre would open by the Charlottetown Driving Park in Parkdale. The careers of NHL stars Rick Vaive and Gerard Gallant would begin to fade while upcoming players like David Ling, Jason MacDonald and Brad Richards would have their beginning. The Island would make national news with the swarming of referee Brian”Buck” Carragher by members of the Moncton Blue Eagles after losing 3-2 to the UPEI Panthers in a playoff game at the Sherwood Sportsplex in 1996. 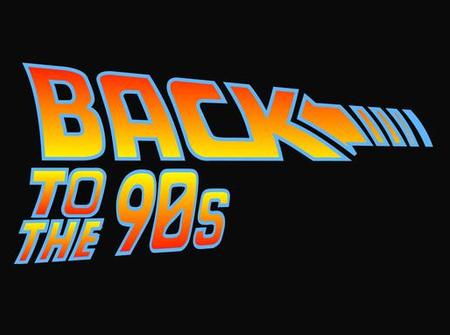 A new crop of players sprang up in the new decade. Some came out of the university and junior ranks including Newfoundland star Darren Langdon (Summerside Western Capitals to the New York Rangers), David Ling (Charlottetown Abbies to the Montreal and Fredericton Canadiens and Saint John Flames) and Gerry Fleming (UPEI Panthers to the Fredericton Canadiens). Charlottetown’s Tyler Larter starred in OHL with the Soo Greyhounds and played in one game with the Washington Capitals in the 1989-90 season. NHL veterans Rick Vaive and Gerard Gallant finished their careers in the 90’s. Gallant played his final game with the Tampa Bay Lightning in 1994-95. Vaive played his last 20 games in the NHL with Buffalo in 1992-93. He finished with 441 goals.  The start of the ’92-93 season also saw Eric Lindros make his Philadelphia Flyers debut with the first week of training camp in O’Leary. On the coaching front Doug MacLean began the 90’s behind the bench with the Baltimore Skipjacks of the AHL who featured Islander Kent Paynter on defense plus other noteworthy player like Nick Kypreos and Doug Wickenheiser. Two Island players won Canadian Hockey League Player of the Year Honours during the 90’s. David Ling  first won with the Kingston Frontenacs in 1994-95 and Brad Richards in 1999-2000 in Rimouski with the Oceanic.

The Armour Fence Islanders won the Allan Cup Senior “A” championship in 1991 at the Civic Centre facing Thunder Bay.  The Summerside Western Capitals captured in the Royal Bank Cup National Jr. A title in 1997 facing the South Surrey Eagles. The Charlottetown Abbies won the Callaghan Cup as Maritime Jr. A champs over the Antigonish Bulldogs in 1999 and made it to the Royal Bank Cup final in Yorkton, Saskatchewan.

The new decade began with the closing of the Forum on Fitzroy Street  and the opening of the new arena several blocks away on Kensington Road. The Civic Centre was open for business in the fall of 1990.  Dave Flanagan of the UPEI Panthers is the main figure in who scored the last goal at the old Forum and who scored the first at the Civic Centre. He scored both.  Flanagan gave UPEI a series win over Acadia in the AUAA playoffs and he scored the opening goal at the Civic Centre facing Moncton in the next round. UPEI went on to win the 1990-91 conference championship which was their last through 2015-16.

The Civic Centre was also home ice for the Allan Cup finals won by the Armour Fence Islanders that spring and just after the 1991 Canada Games were held. The men’s and women’s gold medal games took place in the new arena in early March, 1991.

Four championships decided in the new digs including three national finals – not a bad beginning for the shiny, new Civic Centre.

There was lots of controversy over where the Civic Centre would be constructed during the planning stages.  Several sites were considered within the City of Charlottetown and surrounding communities. The City wanted the new arena within its boundaries as the host for the Games. Eventually it was decided by the games organizing committee and the federal and provincial governments that the arena was to be built as part of a large redevelopment of the Provincial Exhibition Grounds in the Town of Parkdale (which amalgamated into Charlottetown in 1996). There was also controversy over who would be the prime tenant in the building.  The Charlottetown Abbies laid claim although the Sherwood-Parkdale Merchant Kings also wanted to have a piece of the action and stage some home games there.  At a meeting of the Island Jr. Hockey League teams Abbies GM Jim Kennedy stated clearly “the Civic Centre is our home arena and the Kings can keep out.” Jim Lynn, the general manager for the Merchant Kings had suggested some weekend home games be played there by his club.

The Civic Centre was new, modern and heated but was an ugly duckling from the start.  Politicians and fans both complained of the poor site lines, the fact it was not as cozy as the old Forum and was not built like a bowl with spectators entering from ground level and walking down to their seats like other arenas.

But while the complaints were voiced fans also had a chance to see some great hockey including the Atlantic Cup featuring Canada, the Russians and Czechs as the new arena opened (Eddie Belfour tended the nets for Canada) plus the Canada Games, UPEI’s championship and the thrill of the Allan Cup winning Islanders in just a few short months. Parking was certainly not an issue like it was at the old Forum and it was a lot warmer in the new arena which was heated.  There were actual seats and not benches and the dressing room facilities were state-of-the-art.  Still many missed the friendly confines of the former arena on Fitzroy.