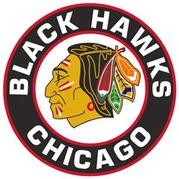 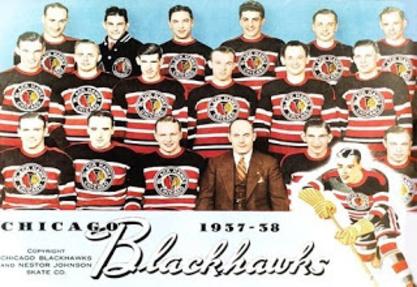 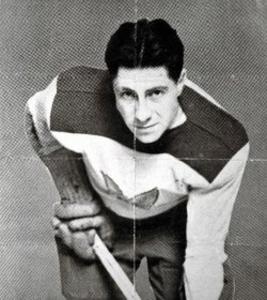 John Ivan ‘Hickey” Nicholson was the first native Islander to score a goal in the National Hockey League. Called up by the Chicago Blackhawks late in the 1937-38 season from the Kansas City Greyhounds of the American Hockey Association, Nicholson scored in his very first game facing the Boston Bruins on February 5th, 1938 wearing Hawks jersey #14.  That Bruins team featured goaltender Cecil “Tiny” Thompson, a future NHL Hall of Famer. Nicholson played one more game with the Hawks but that would be it for his short but productive NHL career. The Blackhawks with stars like Carl Voss, Mike Karakas, Johnny Gottselig, Alex Levinsky and Earl Seibert, upset the Toronto Maple Leafs to win the Stanley Cup that season. The Kansas City club put a huge price tag on him which Chicago could not afford and so he stayed with the minor league team producing 16 goals and 35 assists for 51 points in 1938-39. He totaled 14 goals and 14 assists for 28 points the following season but was out of pro hockey by 1940 so he could join the Royal Canadian Army as World War II was breaking out.  Nicholson became a Major and served in Europe where he won the Military Cross for Bravery.

Born on September 9, 1911, Nicholson attended West Kent School where he learned the game in the rinks and frozen ponds around the Prince Edward Island capital city.  He joined the Charlottetown Abegweits senior hockey team as an eighteen year old in 1929-30 and became a goal scoring sensation, potting six goals in just eight games.  Nicholson also played in one game that year with the Moncton Atlantics, where he picked up a goal and assist.  Over the next five seasons he played with the Abbies where he accounted for 34 goals and 64 points in 167 games.  He played four games for the Abbies in the Original Big Four in 1934-35 as a 23 year old. 95% of the players in that league were imports and Nicholson was one of the few homegrown players.  He then became one of the first Maritime players to head overseas to play, suiting up with the Richmond Hawks and Harringay Racers in the United Kingdom.  Nicholson then came home and turned pro with Kansas City where he had 41 goals over 142 games and played a solid defensive game for the Greyhounds.  That’s where he got his big league break and joined the Blackhawks for his two games at age 26. He was listed as a 5-7, 170 lb.  Left Wing.

Nicholson had some outstanding line mates in his senior amateur career including Walter Lawlor and another future minor league pro, Johnny Squarebriggs.  Two other all-stars on his line were Jackie Kane and Pete Kelly during his time with the Big Four Abbies team.  When he turned pro he was acclaimed “the best minor league prospect” in the American Association.

Nicholson played for Halifax Army in 1940-41 before going overseas, his last year of organized hockey. He  was  also part owner of Hickey & Nicholson Tobacco Co. Ltd. with a warehouse located on Hensley St. in Charlottetown. One of  the products was Rival Twist. Cans from that chewing tobacco are now sold on eBay on the internet.   He died on November 22, 1956 and was posthumously voted in as a member of the PEI Sports Hall of Fame in July, 1976.  He will go down as the first Prince Edward Island native to score a goal in the National Hockey League. 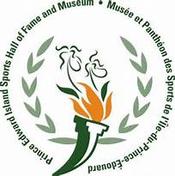