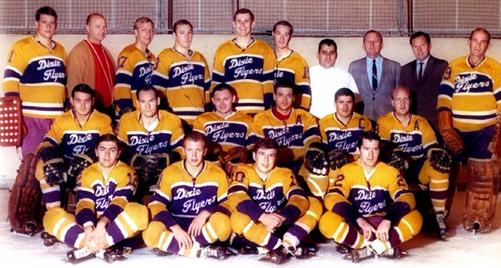 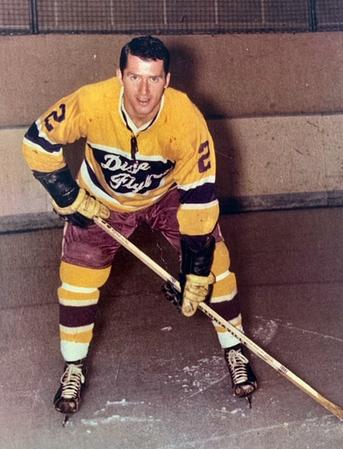 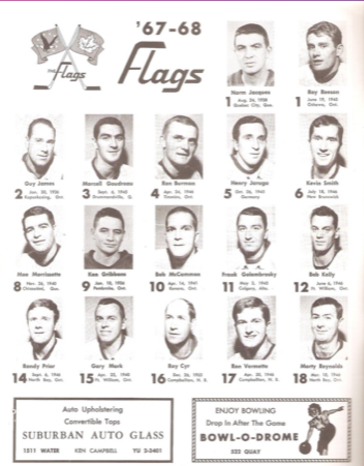 Prince Edward Island produced a lot of outstanding hockey talent in the 1960’s as the age of expansion encroached on the game at the professional level as the NHL doubled in size to 12 teams in 1967 and a rival league, the WHA emerged in 1972.  More teams meant expansion across the hockey landscape in the minor and junior leagues with a demand for more players to fill rosters.  But you still had to have the skills to make it even if you were a decent player at the time. Europe was producing more standout players and the USA started was on the verge of being a hockey power.  The game was also growing all over Canada.

PEI and the Maritimes joined in that growth with a number of homegrown players who were about to make their mark.

One of them was Kevin William Smith who was born July 17, 1946 and would play his minor hockey in Charlottetown before taking a leap into the junior ranks with the Halifax Jr. Canadiens in the mid 60’s. His education at Birchwood School where he was an outstanding student was interrupted when he got the call to play in Halifax in 1965-66.  The left-handed shooting defenseman would join the likes of future pros Errol Thompson, Bobby Whitlock, Jamie Kennedy and Bobby Sheehan on the powerful 1966-67 Halifax team that won the Maritimes and reached the Memorial Cup playoffs.  Sheehan, a diminutive forward from Weymouth, Massachusetts, scored 64 goals in 50 games that season. He went on to play nine seasons in the NHL starting with Montreal.  The Canadiens were a farm team of the Montreal Canadiens that played as an independent against local senior, junior and university teams. Halifax won Maritime Junior title three straight years from 1966 to 1968. The team was so strong there was even talk of Halifax joining the Ontario Hockey Association’s junior league. In the spring of 1967, Canada’s Centennial Year, the Canadiens swept both Dartmouth and North Sydney to win Nova Scotia and then took care of Moncton in five games to capture the Maritime crown. They took a 12-1 record into the Memorial Cup quarterfinals but lost to Thetford Mines in six games. The Quebec champs lost to the Toronto Marlboros in the semi-finals. Toronto with future NHL stars Brad Park, Brian Glennie, Mike Pelyk and Gerry Meehan went to win the Memorial Cup over Port Arthur.

Smith had 4 goals, 22 assists for 26 points in 46 games with Halifax in 1966-67 after making his debut playing in six games the previous year. The  expansion Oakland Seals drafted the 20-year old in the third round of the NHL Draft in the summer of 1967. He was taken 18th overall and was the PEI-born player to ever go in the draft. Smith was invited to training camp that September, the first ever for the Seals, in Oshawa, Ontario. He joined the Port Huron Flags in the International League that fall listed as a 5-10, 170 blueliner.  Smith played in 22 games and picked up 2 assists and 18 minutes in penalties in his rookie year. His next three seasons would be with the Nashville Dixie Flyers in the Eastern Hockey League where he would total 15 goals, 57 assists and 71 points plus 303 minutes in penalties in 195 games.

Brian Harding, who had 25 goal season in 1970-71 with the Dixie Flyers, and lives on the Island remembers him as a tremendous team-mate. “He was a fast skater with a great slapshot.” recalls Harding, “He probably would have made the NHL had there been more teams back then.”

The Dixie Flyers were immortalized by the Nashville Predators with a 2020 outdoor game where the NHL team wore the old Flyers yellow and blue uniforms.   The Flyers lasted from 1962 to 1971 playing at the Nashville Municipal Auditorium in Music City.  Nashville won two EHL titles in 1966 and 1967.

With the Flyers, Smith had 6 goals and 19 assists for 25 points in 1968-69. He also picked up 95 minutes in penalties. That season Nashville was in the league finals again but lost the series to the Clinton Comets. He had a goal and 8 assists in 14 playoff games. Nashville won 41 of 72 games in the regular season.  The following season Smitty scored 7 goals and had 26 points in 69 games with 104 minutes in penalties.  In 1970-71, his final year, he had a goal and 20 points in 66 games and 104 minutes in the penalty box. A broken cheekbone ended his season and as it turns out his pro career at the age of 24.

He returned to the Island and joined Sandy’s Charlottetown Royals.  The senior team took part in the 1972 Hardy Cup national playoffs.  After his senior hockey days, Smith became very involved in Oldtimers Hockey. He also became a minor hockey coach. Moving back to PEI gave him a chance to marry his childhood sweetheart, Norah. They built a house in Orchard Hill Park and raised three children, Treena, Chad and Jillian. He also started a successful landscaping business and kept close to his lifetime hockey buddies.

He joined one of them in November, 1990 in what would be the pursuit a of a life-long hockey dream -  a shot at a national title. Smith joined Gordie Whitlock behind the bench as assistant coach with the Armour Fence Islanders in the New Brunswick Senior Hockey League.  The Charlottetown  team began an epic run that ended with the raising of the Allan Cup Canadian Senior Hockey Championship in May, 1991 at the Civic Centre. That classic team made up of some of the best amateur players ever from PEI was inducted into the PEI Sports Hall of Fame in 2015.

Great teams are made up of great players and coaches who have been to championships in the past. The ’91 Islanders had that kind of make-up. Kevin Smith had played in Memorial Cup and Eastern Hockey League playoff runs and also in the Hardy Cup trail.  This time as a coach he finally made it to the top with the Islanders capturing the Canadian senior title.  No one was prouder of that accomplishment than the likeable guy everyone called Smitty.

Kevin Smith passed away at age 73 on April 14, 2020. A lifetime in hockey and with his family and friends spent in his favourite place, Prince Edward Island. He wouldn’t have asked for much more. 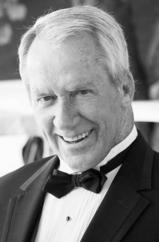 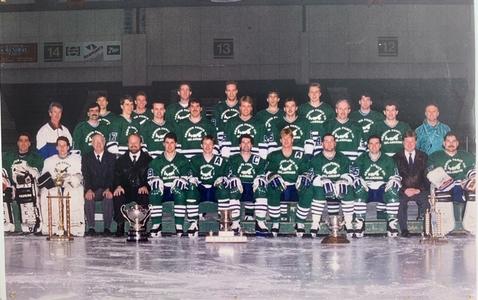