Buck was a war hero as well as a hockey hero 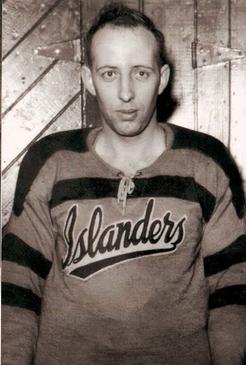 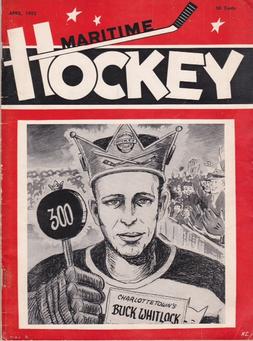 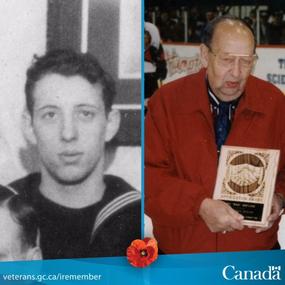 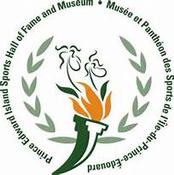 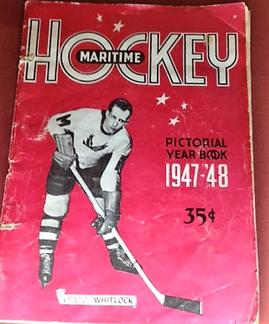 He was a prolific goal scorer, a tremendous playmaker and quite likely would have had an outstanding professional career, except for World War II interrupting. You can also add Canadian patriot for his war effort that nearly ended his career which was really yet to begin.
Roy “Buck” Whitlock had five 50-plus goal scoring years between 1946-47 and 1956-57 in Maritime Senior Hockey and four 100-plus point seasons. That was almost unheard of in the 1950’s.
Buck scored 64 goals in 70 games with the Saint John Beavers during the 1950-51 season and finished with 113 points. The next year, also in Saint John, he scored 7 fewer goals (57) but had 20 more assists which totaled an astonishing 126 points. He eclipsed that mark two seasons later in Charlottetown with the Islanders scoring 55 times, adding a career high 73 assists for 128 points in 80 games (or 1.6 points per game).
Over eleven seasons during that era, Buck Whitlock scored 437 goals, added 536 assists for a grand total of 973 points.
He spent time with the Islanders, the Beavers, the Moncton Hawks, Fredericton Capitals and Miramichi Beavers during those winters.
He was only 33 when he played his final season of senior in Miramichi, New Brunswick.

All of this after a near brush with death in the icy waters of the North Atlantic during World War II after the ship he was serving on, the HMCS Valleyfield was torpedoed by a German U-Boat. The Valleyfield that had been launched less than a year previous, was sunk by U 548 on May 7, 1944 off Cape Race. 125 lives were taken on that day. Whitlock, who joined the Royal Canadian Navy to serve his country in the spring of 1941, spent over two hours in the frigid waters of the Atlantic. He was paralyzed from the hips down after being rescued and only one of 35 survivors form the Valleyfield.
It took him some time, but he regained strength in his legs and began to not only walk, but skate again. It did take him a week to break in new skates before the boots stopped hurting. He was discharged after the War from the Navy and returned to hockey, in a magnificent way.

Whitlock came from a hockey family with older brothers “Pud” and “Tarky” leading the way. Born on January 5th, 1924, Buck skated on the ponds around Charlottetown before entering organized hockey and had his older brothers to look up to during those days. “Pud” played with the Junior Abbies, who in 1934 won the Maritime-Quebec Junior Championship and played in the Memorial Cup trail, losing to the powerful Toronto St. Mike’s Majors. His other brother, “Tarky” was on the 1938-39 Maritime Jr. Champion Charlottetown Royals, that went to the Eastern playoffs before bowing out to the Perth, Ontario Blue Wings. The brothers were all encouraged by their father, Nelson Whitlock to take part in sports which obviously rubbed off on young Roy.

Buck showed a lot of promise as a 17 year old in 1941 with his scoring ability a prominent asset. He raised a lot of eyebrows with a five goal, 2 assist performance in the deciding game for the
Charlottetown Junior Royals in the Maritime Junior finals in the spring of that year. That’s also the spring he joined the Royal Canadian Navy with war breaking out across Europe. His ordeal after the HMCS Valleyfield was torpedoed was followed by months of rehabilitation. He eventually made it back to the senior ranks and began re-writing the record books in Maritime Senior play.
Whitlock turned down a three-game tryout with the NHL’s Montreal Canadiens in 1947-48. Many still wonder what kind of a career he would have had in the NHL if he had accepted the offer. The majority of fans of the day believe he would have had a long and outstanding career.  He was also an outstanding baseball player who was a feared hitter in the Maritimes.  He may have been a major league prospect had he been scouted at an earlier age.

He had a knack of scoring from all angles on the ice and was what would be referred to today as a ‘game-breaker’. Son Bobby would later become a star in the World Hockey Association in the 1970’s with the Chicago Cougars. Bobby Whitlock possessed his father’s scoring ability and had a shot some said was harder than Bobby Hull’s.
Buck’s nephew, Gordie Whitlock became one of the premier coaches in Island hockey starting in the mid to late 1960’s and continuing for some 40 years, primarily at the junior and senior level. Grandson Jonathan Arsenault has showed the family’s strong hockey bloodline continues by being named Hockey PEI’s male player of the year for 2011-12 as a member of the Charlottetown Bantam AAA Abbies before going on to play Major Midget with the Charlottetown Islanders.

On March 9th, 1953, a special night was put on at the Charlottetown Forum in Buck Whitlock’s honour. That’s the season he amassed 55 goals and 73 assists for the Islanders for 128 points, his greatest year. Thousands turned out for the tribute night with Brigadier W.W. Reid, the Director of Physical Fitness for Prince Edward Island acting as master of ceremonies. Many other dignitaries were on hand including Premier Walter Jones. The hockey hero was presented with several gifts including a 1953 Ford Tudor Mainliner car. Young Bobby and baby daughter Cathy and his wife Kay also received gifts. It was certainly a night to remember.
Nearly a month earlier, he had become the first player in PEI hockey history to amass a 300-goal career. In fact, he was the first player in Maritime hockey history to reach that plateau. The moment came on February 13th, 1953 as the Islanders faced the Halifax Atlantics. The goaltender who gave up the historic goal was Roy McMeekin, who would eventually play a season and change in the AHL.
It took Buck just six and a half seasons to reach 300.
A quiet man, Buck was probably a little overwhelmed by it all. His gift to Island and Maritime hockey fans was a tremendous career marked not only by record goals and championships but outstanding sportsmanship. The most penalty minutes he would receive would be 55 while with Fredericton in 1955-56.
Roy Nelson “Buck” Whitlock was inducted into to the PEI Sports Hall of Fame in July, 1977.  He passed away at the age of 79 on September 15, 2003 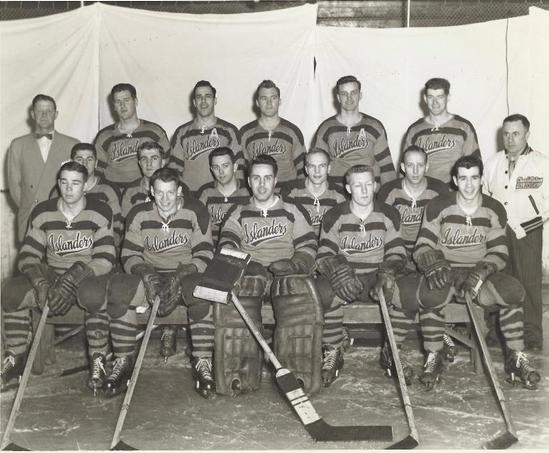 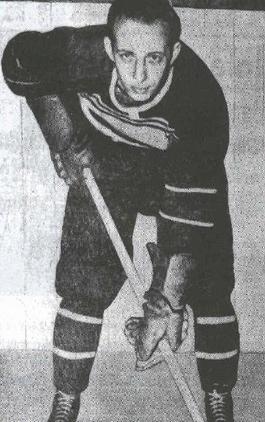 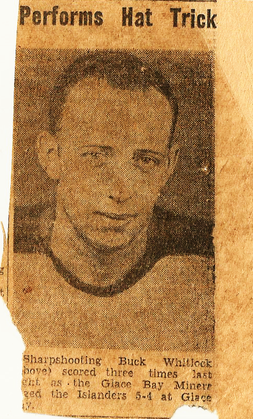